Why are doctors so stupid?

Since I’ve been writing this blog for the past 12 years, I’ve received innumerable comments and e-mails all containing the same words: Why are doctors so stupid about diet? statins? fat? saturated fat? carbohydrate restriction? low-fat diets? and on and on. I’m not sure stupid is the right word – the right word is probably ignorant. But there is some stupidity involved, especially in those docs who have blown it off as a fad despite having been exposed to the benefits of low-carb by their patients who have done so well on it, or even by other doctors who have given it a try. Since I have had so many people write me or comment using the word stupid, I decided to Google the term “why are doctors so…” just to see what would come up first. As you can see from the screen shot below, stupid is the numero uno word, so I went with it.

Since Google ranks the responses in terms of how many people make the query, it looks like doctors in general are a pretty sorry lot. Along with stupid, people want to know why doctors are so mean to nurses, why they’re so important, why they’re so slow and so unhappy. No one asked the question – or at least not in the top five – why are doctors so busy? Having been one for a long time, and having been married to one for almost as long, I can tell you that doctors in practice are really busy.
When you go to see a doctor for a sore throat, the doc comes in, asks a few questions, listens to your heart and lungs, looks in your ears and throat, and probably gets a strep screen. After the results come back from the strep screen, he/she comes back in, tells you the result and gives you a prescription, shot, whatever. It all seems pretty calm. But the physician probably has a kid with a cut lip that needs suturing, a person having chest pain, an elderly patient with a bag full of medicines needing to be sorted, someone with vague abdominal pain, etc. All in a day’s work for a typical primary care doc. And always, always, always something comes in that’s emergent, that totally screws up the schedule and throws the doctor behind.
Since these things always happen, you might ask, how come you don’t just schedule for them? We did. It was called lunch. It was a rare day that either MD or I got to actually sit down and eat lunch, because that was catch up time. You couldn’t schedule for these unexpected situations because you never know when they’re going to happen. And when they do, and you get thrown behind, then all the patients left waiting are aggravated, and you (at least we did) try to spend a little extra time with each to make up for it, which keeps you behind. Then, invariably, right in the middle of all this chaos, in comes a drug rep to see you.
Since you want the samples, you rush in to see the rep for a minute to hear the spiel about the latest new pharmaceutical. You get loaded up with samples and head back out to see more patients. (Incidentally, we love the samples because we would always give patients a starter dose, so they could get started on their meds before they schlepped to the pharmacy to get their Rx filled.)
This frenetic activity goes on all day long. MD and I always had patients waiting for us when we showed up at the clinic and were usually still seeing them till 6-7 PM at night. Most hardworking primary care docs do the same. We didn’t have a hospital practice, so we kept later office hours, but those who did ended up heading to the hospital to make rounds on their patients both before clinic hours and after.
Such a schedule doesn’t leave a lot of time for reading the medical literature.
MD and I tried to catch up when we did get a breather, but it wasn’t often. So, like most busy docs, we flipped through the throw-away journals (so-called because they were underwritten by drug companies and came for free), went to a conference or two a year, and listened to drug reps.
Now there are online sources that weren’t available when we were in practice that physicians can use to keep up with the latest. One such free source is Medscape, owned by WebMD, which comes in a multitude of varieties, one for each specialty. Though designed for physicians, most anyone can get a subscription to any of the versions of Medscape simply by signing up for it.
Which brings me back to why doctors are so stupid. Or ignorant.
Because of the nature of their work day, when they get a few minutes, many docs will slip away and hit their computers. A lot will look at Medscape. I’m not even in active practice any longer and I look at it every day as it arrives in my mailbox daily.

Here is an email I got from Medscape a few days ago.  Notice the very first article:

Were you to click on this link, you would be taken to a page showing the short one minute video below: 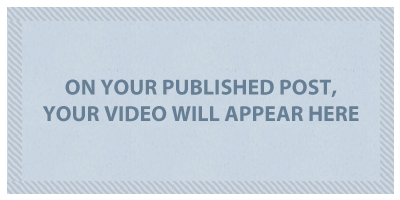 How about that? You’re a busy doc, you take a minute, and look what you’ve learned. All this nonsense about saturated fat’s not being harmful is just that: nonsense. You knew it all along.
The young doctor on the video says categorically that

The AHA emphasizes that well-conducted studies show overwhelmingly [my emphasis] that all saturated fats raise LDL cholesterol and increase the risk for heart disease.

If the same doc, who clicks on this Medscape article, happens to catch CBS’s This Morning, he’ll watch a cardiologist confirm the notion that saturated fat is best avoided. She tells viewers that if they replace saturated fat with

With great confidence, she says the AHA definitively links saturated fat consumption as a cause of heart disease.  Of course, we know she means that since saturated fat intake leads to increased LDL levels (so conventional wisdom would have it), and since they all believe that an elevated LDL is a risk factor for heart disease, then eating saturated fat increases risk for having a heart attack.  That’s called the lipid hypothesis, which, despite the latest AHA nonsense, is still an hypothesis.
But not according to the 2017 President’s Advisory from the American Heart Association.
Which is the by God American Heart Association, after all. They should know, right? If I follow their recommendations, I’ll never get sued for malpractice, thinks our busy doc. And, sadly, he/she is correct. If one of our doctor’s patients has a heart attack, and the doc can show on the patient’s chart that said patient was informed to reduce saturated fat and replace it with polyunsaturated fat as per the recommendations of the AHA, what court would convict? Especially if a statin were thrown in for good measure. That’s following the accepted protocol.
If, on the other hand, our doc had noted in the patient’s chart that it was okay to eat saturated fat and avoid polyunsaturated fat (which is what I would tell my patients), and the patient has a heart attack and sues, the doc is toast.
So, the path of least resistance (and legal safety) is to follow the crowd, not to think critically.
Plus, our busy doc is really too occupied to actually think. He/she just reacts: “I knew saturated fat was bad all along.”
But what happens if someone does actually think?
Well, Gary Taubes wrote a piece in response to this AHA idiocy that should – but won’t – be read by every doctor who is in a position to make nutritional recommendations.

In good science … cognitive bias is addressed … by deciding in advance of looking at the evidence (or doing a trial) what criteria will be used to judge the worth of the evidence (the results of the trial) without knowledge of whether that evidence supports our hypotheses. This is one reason why clinical trials are done double blind, and the data analyzed by researchers who are blinded to whether the subjects were interventions or controls, such that the biases of the investigators (or even the subjects) don’t bias the interpretation of the results.
For whatever reason, when it comes to heart disease and dietary fat, the investigators whom the American Heart Association chooses to determine what we should or should not eat have never been believers in this kind of, well, scientific methodology. This was the general conclusion of my first investigation into the dietary fat story going on 20 years ago for the journal Science. I’d like to say the situation has improved, but clearly it hasn’t. The latest Presidential Advisory from the AHA on saturated fat is the AHA’s expert authorities – what Inspector Renaud in Casablanca would have called “the usual suspects” – reiterating that they were right fifty years ago, and they were right 20 years ago, and they’re still right. And the techniques they used to come to those conclusions can be used again and again until someone stops them. Which is unlikely to happen.

He goes on to accuse the AHA of practicing what he calls Bing Crosby epidemiology. And he’s right. Read his essay, and be a lot smarter than your doctor. At least where nutrition is concerned.
What amazes me about all this is the ‘experts’ seem to agree, despite a ton of conflicting data, that saturated fats are not just nearly bad, they’re really most sincerely bad.  Yet these same experts equivocate on coffee.
On one last note, I’m headed to France in a few days. Once I get settled in there, I’ll put up a post showing some pretty amazing data showing that perhaps saturated fat really doesn’t drive LDL levels up.  And I’ll give you a method of getting your LDL down before your next doctor’s appointment, so you don’t get hassled to take a statin.
Till then, I’ll leave you with this.