Trans fat ban: What does it really mean? 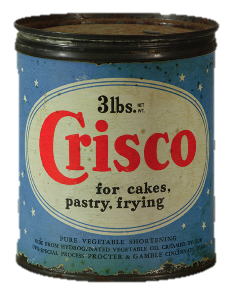 Last week the media lit up with reports that the Food and Drug Administration (FDA) had banned trans fats from the food supply. These reports were followed in short order by whoops of glee and shrieks of outrage. Strangely enough, the shrieks of outrage came from all the libertarians out there (of which I am one, I suppose, but not one who is shrieking in this instance), who felt the FDA ban was the first step down the slippery slope toward banning saturated fat.
First trans fats, next bacon.
But the FDA ban isn’t really a ban, although, for all practical purposes, it may well turn out to have the same effect.
Let us take a look at what really happened and where this so-called ban stands.

Back in 1958, Congress enacted the Food Additives Amendment to the Federal Food, Drug, and Cosmetic Act (FD&C Act) of 1938. The amendment clarified the FDA’s regulatory status of a large number of additives used in food prior to 1958. The FDA basically listed a ton of foods substances and additives that had been in use prior to 1958, and stated that as long as these substances are used “for the purposes indicated and in accordance with current good manufacturing practices” they would be considered GRAS (generally regarded as safe).
Many substances long in use before 1958 were basically grandfathered in as GRAS. The list was long and included “vinegar, vegetable oil, baking powder, and many salts spices, flavors, gums and preservatives.” Under the rubric of vegetable oils is included trans fat, aka partially hydrogenated fats. These partially hydrogenated fats (trans fats) are often called partially hydrogenated oils (PHO) in the literature.
Between 1958 and 1997, food manufacturers were required to petition the FDA to get new food additives added to the GRAS list. In 1997, due to resource limitations, the FDA amended the FD&C Act to basically allow food companies to gather a group of scientists together, have them look at the data and declare a given additive as GRAS. The FDA is supposed to be notified, but in many cases it isn’t, and as a consequence, many additives have been deemed GRAS and added to foods with no real oversight.
Trans fats (PHOs) don’t fall into this latter category; they were grandfathered in back in 1958 because they had been in use for so long. Crisco, for example, has been around since 1911 and is pretty much all a PHO. At least as I understand it. I admit haven’t kept up closely with the history of Crisco.
Due to many complaints about health problems occasioned by, consumption of PHOs, in 2006 the FDA began requiring that PHOs be listed on food labels. If any food contained more than 0.5 g of trans fat per serving, the amount had to be listed. If the food contained less than 0.5 g per serving, the product could be labeled “trans fat free.” Many people, myself included, objected to this labeling because getting multiple doses of 0.4 g throughout the day could add up to a lot of trans fat.

As a consequence of a huge number of complaints and a ton of scientific research, the FDA has finally buckled and announced that it has tentatively determined that PHOs are not generally recognized as safe (GRAS).
This finding has no legal effect at this point. So there is no ban on trans fats despite what you may have read to the contrary.
If the FDA does ultimately determine that PHOs are not GRAS, then food manufacturers would no longer be allowed to sell foods containing trans fats without first obtaining the FDA’s approval to use them as food additives. The same rule would apply to restaurants and other services supplying food to the public.

The FDA is providing food manufacturers and other entities that would be affected until Jan 7, 2014 to submit comments, scientific information and any other materials that could influence the ultimate outcome of the tentative determination. Since it is estimated that the initial cost to remove PHOs from the food supply is in the range of $8B (plus no doubt a ton of additional other costs that will arise from the law of unintended consequences) I am certain an enormous amount of data – both pro and con – will be provided for the panel to consider.
Since so much money is involved, the FDA, as it has done in the past, may extend the date for commentary. Even if the Jan 7, 2014 date holds, looking at the timing of the ruling requiring food labeling of trans fats, it could be several years before any permanent action takes effect. (The FDA finalized the ruling requiring trans fats to be labeled in 2003 but the ruling didn’t take effect until 2006.)

The current status is the status quo. Manufacturers and restaurants can keep putting trans fats into food until the final ruling takes effect. The only current law as applied to trans fats is the one requiring the amount in any food to be shown on the label. And any amount of trans fats below 0.5 g don’t have to appear on the label.
Between now and Jan 7, 2014, food manufacturers will provide everything they can get their hands on showing PHOs to be non-problematic. The anti-trans-fat brigade will bury the FDA in papers showing how PHOs are detrimental to health. There will be an enormous lobbying effort to get the Jan 7 date pushed out.
Nothing will happen in a hurry.
After whatever date ends up being the final date for getting info in, there will ensue a lobbying effort to emasculate or delay the final ruling. Plus, you’ve got the standard lack of efficiency of any government bureaucracy that will add to the delay.
So, until the final ruling comes down and takes effect, whenever that may be, don’t think that any food you purchase or get at a restaurant is trans fat free.

What is my take on the potential PHO ban?

My view is that this is a long overdue action on the part of the FDA. I’ll be glad to see the final law take effect, assuming it ever does.
Based on my reading of the literature, trans fats pose risks for long-term health. The body treats them differently than it does natural fats and differently than it does the types of trans fats found in nature. There exist perfectly good substitutes for trans fats in naturally occurring saturated fats. So there is really no need for these franken fats that do nothing but create health problems.
There is a fear among those with a libertarian bent that once trans fats are ixnayed, a ban on saturated fats can’t be far behind.
I don’t think this is a valid fear.
Why?
Because the act under which trans fats will be banned (should that event actually come to pass) deals with food additives, not food. Trans fats are a food additive. They are artificially created substances, which qualify on all counts as an additive and not a food.
Unless a new act comes along that allows the banning of actual foods, then I don’t see any way saturated fat or any other kind of natural fat can be banned under the FD&C Act. And looking at how the evidence is stacking up showing saturated fat to be not just non-harmful but actually healthful, I can’t imagine they will even be looked at with an eye toward regulating them in the foreseeable future.
The one thing I do find annoying in this whole banning-PHOs scenario is the egregious misbehavior of the Center for Science in the Public Interest (CSPI). These jerks, consumed by their fear of saturated fats – particularly saturated fats of animal origin – led the charge to have these natural fats replaced by trans fats. Why? Because trans fats are vegetable oils, which is more in keeping with the vegetarian leanings of the CSPI. Once the scientific literature accumulated showing the disastrous health effects of trans fats, CSPI jumped in front of the parade demanding a ban on trans fats. Which is one of the few good things they’ve done. But they have been totally disingenuous in not revealing that they, themselves, are a big part of the reason the current food supply is awash in trans fats.
I’ll leave you with this brilliant portrayal of the Guy from CSPI, courtesy of Tom Naughton’s great movie Fat Head.
My favorite line: “That’s because you’re evil, and you’re stupid.”  Pretty much sums up the way these people think.  In the case of the trans fat imbroglio, CSPI is both evil and stupid.
[youtube id=”-V3rEvZY9nI”]
If you have thoughts on this recent FDA action, pro or con, feel free to voice then via comment.