The Case Against Sugar

I read Gary Taubes’s new book The Case Against Sugar twice. First I read it in manuscript, then in galley proof. My intention was to write a review of it to be posted around the book’s publication date, but on or just before pub date a dozen other reviews hit the web. Consequently, some of the rush to get a review put up quickly kind of drained out of me. A couple of days ago, I received an email from a fellow blogger, Richard Nikoley of Free the Animal, linking to Stephan Guyenet’s case against The Case Against Sugar and asking me what I thought of it. I read the critique, and, since I had some time on my hands at that moment, dashed off my thoughts. 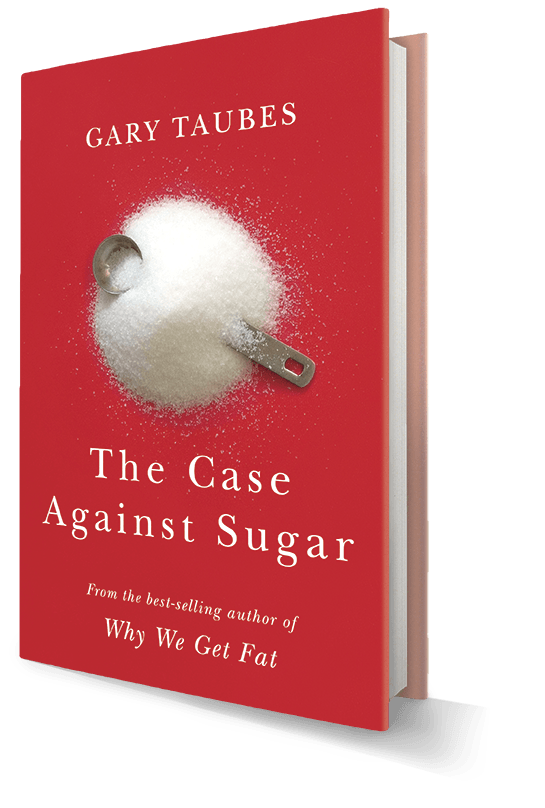 Richard wrote back and asked permission to publish my email to him on his blog. I was a little dumbstruck, because making the thing public wasn’t my intention when I wrote it. Plus, when I zapped it together, I was stuck in a lobby waiting for someone to show up, so I typed the frigging thing on my iPad. Consequently, it was crawling with typos. I reread it, and thought: Well, maybe it can kind of substitute for the review I was going to write. Especially since there are already so many other reviews out there right now. This one brings a little more personal touch and history since I know all the players involved.
Here is the email as I sent it to Richard:

One of my favorite quotes is from Bertrand Russell.

The stupid are cocksure while the intelligent are full of doubt.

If your view of the world is that people use reason for their important decisions, you are setting yourself up for a life of frustration and confusion.  You’ll find yourself continually debating people and never winning except in your own mind.  Few things are as destructive and limiting as a worldview that assumes people are mostly rational.

So, that was the email, which really wasn’t a review of Gary’s book as much as it was a defense of it. I’ve read many of the reviews circulating around out there, so let me give you my take on the book, which is a little different.

The concept of metabolic flexibility describes the ability of skeletal muscle to switch between the oxidation of lipid as a fuel during fasting periods to the oxidation of carbohydrate during insulin stimulated period.

The Deadly Duo: Tobacco and Sugar

Another fascinating rabbit trail Gary takes us down is the unholy alliance between big sugar and big tobacco. By blending tobacco cured two different ways – both involving sugar – cigarette sales skyrocketed. The addition of sugar to tobacco made cigarette smoke easier to inhale and vastly more addictive.
Here is a short video of Gary explaining the process:

Before I wrote the email above that kicked this post off, Cato Unbound, a debate or discussion forum that is part of the Cato Institute, asked Gary to write an essay based on his findings on sugar. The editors of Cato Unbound then found three people to write responses. The three people were Yoni Freedhof, a Canadian physician (best known to readers of this blog as the physician who took the video of Kevin Hall and asked the fawning questions), Stephan Guyenet, whom we met in the email above, and Terence Kealy, whom I don’t know, but is a physician and biochemistry researcher.
After all the critiques were in, Gary was allowed to answer them all.
At the time of my email above, Gary’s lead essay along with the three responses were published. Since that time, Gary has responded. I’ll let the readers come to their own determination as to whether Gary adequately answered his critics, the main one of whom is Dr. Guyenet.
Here is Gary’s essay:
Unintended Consequences, Special Interests, and Our Problem with Sugar
Stephan Guyenet’s response:
Americans Eat Too Much Cake, but the Government Isn’t to Blame
Yoni Freedhof’s response:
Unintended Consequences, Special Interests, Sugar, and a View from the Clinical Trenches
Terrence Kealey’s response:
Putting Nutrition Claims to the Test
Gary’s response to the above:
The Case against Sugar Isn’t So Easily Dismissed
Since I started working on this blog post, two more responses have come in from the folks debating this issue. One more from Dr. Guyenet and one from Dr. Freedhoff. Here are the links to those. I’m assuming Gary will respond. When he does, I’ll post it.
Stephan Guyenet’s second response:
Extraordinary Claims Require Extraordinary Evidence
Yoni Freedhoff’s second response:
Complex Multi-Factorial Problems Tend not to Have Simple Singular Causes
My advice is to not sit on the sidelines as observers to this spat.  Read The Case Against Sugar yourself and come to your own conclusions based on how strong you believe the evidence to be.