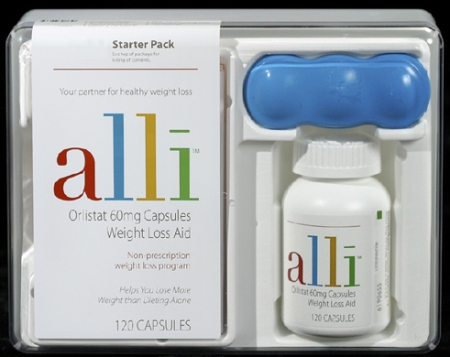 You may have read news reports that the Food and Drug Administration approved the first ever officially sanction weight-loss drug for over-the-counter sales. The drug, Alli (generic name: orlistat), has been sold for the last eight years as the prescription drug Xenical. The difference between the OTC version and the prescription version is in the dosage. Alli will be sold as a 60 mg version whereas Xenecal has been sold as a 120 mg version. All consumers need to do to get the prescription dose of the drug is to take a double dose. But according to the manufacturer, even the lower dose is effective.

Glaxo studies have shown that the 60-milligram dose provides 85 percent of the weight loss of the higher dose. One capsule is supposed to be taken at mealtime.

The manufacturer, GlaxoSmithKline, said it planned to sell the medication for $1 to $2 for a day’s dose. The company has predicted that five million to six million people a year will use the drug.

If you’re on a low-carb diet, don’t be one of them.