Is there a single save your heart diet? 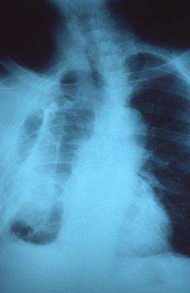 I’ve linked below to a video of a mainstream cardiologist being interviewed as to her thoughts on the best diet for a healthy heart. Listening to her, it’s easy to see what’s happened to mainstream thinking.
For years mainstream thinking was that the low-fat diet was the be-all and end-all for preventing heart disease. Whenever anyone brought up the idea that low-carb diets may be as effective if not more so than low-fat diets, that idea was dashed with the old ‘Show me the studies’ song and dance that the mainstream knew how to perform so well. As Gary Taubes presented so beautifully in Good Calories, Bad Calories, those studies had already been done years before, but were unknown to the mainstreamers of today. But over the past few years numerous studies have accumulated showing that the low-carb diet at the very worst equals the performance of the low-fat diet and at the very best stomps the performance of the low-fat diet in reducing putative risks for heart disease. Now, what is the mainstream to do?
This video answers the question. The mainstream has retreated to the all-things-in-moderation mantra. Let’s eat less and exercise more and we’ll all be thin and happy. And let’s don’t forget to cut sodium from our diets as well. Even though sodium is the most abundant electrolyte in our bodies, we need to be careful. And let’s forget about all those studies showing that salt intake doesn’t do squat in terms of increasing high blood pressure. Let’s just pretend those don’t exist.
Watch this woman’s response when asked about low-carb, high-protein diets. She stammers and stutters for a moment as you can see her try to access the hard drive in her brain for info on low-carb diets. Aha, she’s found it! She trots out the myth that protein is bad for the kidneys. But she’s obviously been around long enough and been hit with the info showing that protein intake has no harmful effect on normal kidneys. So she cleverly makes the case that people who go on low-carb diets are overweight, therefore most of them have high blood pressure and/or diabetes that often accompany obesity. And since both diabetes and high blood pressure are associated with slightly impaired kidney function, it isn’t a good idea to increase protein intake. A clever one, this.
She ignores the fact that low-carb diets are the best diets around for rapidly lowering blood pressure and normalizing blood sugar. And she ignores the fact (or, most likely, is ignorant of it) that low-carb diets are not necessarily high protein diets. If anything low-carb diets are high-fat diets and moderate-protein diets. This is the kind of person who, if asked about a diet of hamburgers, French fries and a Coke, would say that it’s a bad diet. If asked if it would harm the kidneys, she would say no, but it still isn’t a good diet. Now if you ask her about a the same hamburger with the bun removed, a salad instead of the fries, and an unsweetened ice tea or bottled water, she would probably say that said diet was one of those dangerous high-protein diets and would harm the kidneys.
Here is a paper from Nutrition & Metabolism showing how a low-carb diet was used to treat kidneys damaged from diabetes. Based on this paper and my own years of experience, I can tell you that low-carb diets do not cause kidney problems, even in people with less-than-perfect kidneys.
The mainstream is definitely bunkering down into the low-calorie mode because they just can’t bring themselves to even consider the low-carb diet after all the years they scorned it. It’s really too bad they can’t look on the data in an unbiased way.
Here is a link to the video.
It’s beyond my abilities to embed the thing, so you’ll have to go to the link. If the video that opens isn’t the correct one, go to the right of the video and click on the one that says: Is there a single save your heart diet?
According to this expert, the answer is yes and it’s the low-calorie diet.
Jesus wept.