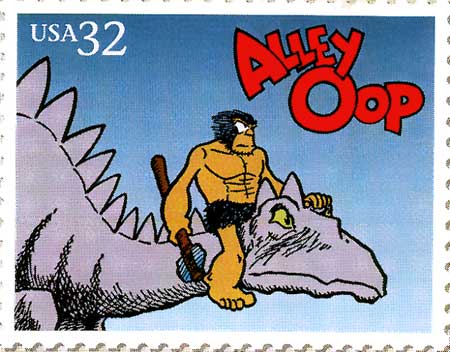 I’ve been looking for a theme song for this blog for a long time when one came to me over the in-store music system.  I heard it when my eldest son and I were grabbing the fixings for dinner at a natural foods grocery in Dallas a few days ago.  As the infectious beat thumped down around me, I hustled to position myself under a speaker so I could hear better.  I listened and was taken back to what was probably my social awakening as a gawky, pimply teenager.
My father had been transferred to Detroit, Michigan when I was just starting junior high.  We drove from our home state of Missouri to Motor City, as it was later to be called.  Prior to this, I had grown up in small towns and had just been living with my parents, two brothers and two sisters in an old army barracks in Jefferson Barracks, MO, which was on the Mississippi River near St. Louis.   There were eight families living in each one of these barracks, and each living space had a living room, kitchen, two bedrooms and one bath.  Needless to say, the seven of us were in cramped quarters.
We moved to a blue-collar suburb of Detroit and I started junior high.  I met a girl in one of my classes who invited me to a party at her sister’s boyfriend’s house.  We went to this party – my very first teenage party experience – and I thought I had hit the big time.  My date and I were the youngest ones there – all the other kids were in high school.  I couldn’t believe that I – a real social neophyte – was there hanging out with actual high schoolers.  And not only hanging out with them, they acted like we were a part of their crowd.
The party was in the basement of the sister’s boyfriend’s house.  There was a record player and a load of 45 rpm records being played non stop.  Kids were dancing to the music in the soon-to-be old fashioned way during which one held on to one’s partner.  I danced with my date, and, in what I thought at the time to be the acme of social achievement, even danced with a high schooler or two.
Throughout the party all the kids kept asking this one guy to do his dance.  He kept saying, Later, later.  I asked my date what they were talking about, but she didn’t know.  As the party was drawing to an end, everyone started goading him to do his dance.  He finally relented and asked for the  record to be put on.  It was a song called Alley Oop by the Hollywood Argyles.  I had never heard it, which wasn’t unusual.  I was never one to listen to the radio and didn’t really care much (at that time) for music.  My family didn’t have a stereo system until I was a junior in high school, so I had no real way to listen to music unless I was riding in a car.  And if I was riding in a car, it was typically with my father, who listened to sports or sports talk radio.  So, not having the means at hand,  I had very little exposure to popular music.  Thus my having never heard Alley Oop, which was a hugely popular song at the time.
As the first beats of the song started, this guy, who kind of looked like a white rat with thick glasses, but who was obviously extremely popular, began to writhe to the music.  His dance became more and more chorioid as he jerked and twitched and twisted to the thumping bass of the song.  The rest of the kids were clapping to the beat as he danced and broke into loud applause when he finished.  And I, my young pubescent self, thought this was possibly the coolest thing I had ever had the good fortune to witness.  I immediately began imagining myself performing such a dance to adoring applause, but, sadly, thanks to my innate shyness such an event never took place.
The song has stuck with me since, although after it’s run of popularity, I don’t think I’ve heard it more than a half dozen times.  But one of the lines has become part of our family lingo.  At the end of the song, the singer says: “There he goes. …  He sho is hip, ain’t he?”  I was totally taken with that line and used it – and still use it – when I see someone whom I think dresses or acts outlandishly.  He sho is hip, ain’t he?  Said in the cadence of the singer.  It never occurs to me that others don’t know the line is an allusion to the song Alley Oop.
The song and the group have an interesting history that I never knew until I read about it before writing this post.  I had always assumed that the Hollywood Argyles were a real group.  But not so according to the Wikipedia entry and to the statement of the record’s producer.
Here is the song in case you haven’t heard it, or, as in my case, haven’t heard it in a long time.  It’s got a beat that inspires dancing as evidenced by the number of people who have put videos of themselves dancing to it on YouTube. Enjoy.
[youtube]http://www.youtube.com/watch?v=sz6IpmmYSXA[/youtube]
It would make a great theme song for this blog since it is about Paleolithic man (Alley Oop is a caveman), the Paleolithic diet (“He don’t eat nuthin but a bearcat stew…”), and the exuberance and surging energy that comes with a low-carb diet (“He rides through the jungle tearin’ limbs off of trees…”).  A perfect song given this blog’s theme.
What think you?