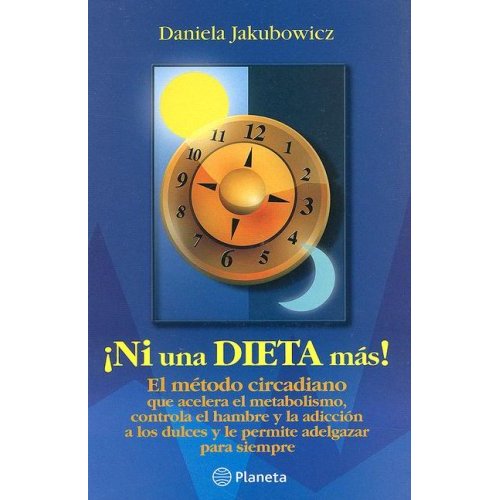 Last week a host of reports about a study showing that eating a big breakfast brings about a much greater weight loss than eating a smaller breakfast saturated the media. Predictably, the press was all over this report with varying flavors or reporting depending upon the reporters biases. Some, obviously carb biased, reported from a high-carb perspective; others – more well-balanced, no doubt – reported from that bias. Others simply focused on the ‘big.’ Let’s see what’s going on here.
The first thing one must realize is that this is not a paper published in a peer-reviewed journal, this is a poster presentation at a medical meeting, in this case the annual meeting of the Endocrine Society held in San Francisco last week. A while back I wrote at length on the difference between this type of presentation and a paper that has gone through the peer-review process. Poster presentations such as this one go through a sort of peer review process when they are presented in the sense that attendees ask questions and point out weaknesses. But the public never sees this. The public sees the press reports about these presentations without the peer review. Papers that are published run through the peer-review gauntlet before they see the light of day and are ever reported on.
The authors of this study or the university at which they are employed put out a press release on the results of the study. The press, eager to publish offbeat nutritional news, picks it up and runs with it. The gullible public takes it as gospel.
I tried to find the press release by going to the websites of the universities involved, but couldn’t come up with anything. Maybe some industrious readers will have better luck than I. A number of members of the media secured interviews with Daniela Jakubowicz, the lead author, so we can pretty much see where she’s coming from. Interestingly, she has a diet book out in Spanish titled ¡Ni una Dieta más!, which translates to Not Another Diet! The subtitle translates to: The circadian method that revs up weight loss, controls hunger and sweet addiction, and let’s you keep the weight off forever. It looks like this study is an effort to confirm the ideas in her book.
As I say, I couldn’t find the press release, but I did find the abstract of the poster on the Endocrine Society’s website.

By going over this abstract we can learn a lot. What we primarily can learn is what is missing in order for us to get the full and entire picture of what is going on.
We learn that 94 pretty obese sedentary women afflicted with metabolic syndrome were randomized to one of two diets, which is good. This is a prospective, randomized study. There is no mention of how these women were monitored or whether they had food provided for them or were simply instructed to follow specific diets.
After 16 weeks, the weight loss phase of the study, the women on the low-carb arm lost 27.7 pounds (12.6 kg) whereas the women on the higher-carb arm (the big breakfast group) lost 23.3 pounds (10.6 kg). I find it interesting that the lower-carb group lost almost 20 percent more weight than did the higher carb group, yet the researchers reported this difference to be non-significant. I don’t believe this. Not with 46 subjects in one arm and 48 in the other. The numbers simply don’t bear that out.
If you look at the caloric difference between the two diets, it turns out that the low-carb subjects were getting 155 kcal less than the higher-carb subjects, calculating out to about 4.96 pounds difference, which is close to the 4.4 pound difference that actually occurred. We can say that the difference in weight loss didn’t really have anything to do with diet composition, but a lot to do with caloric intake. At these low-caloric intakes, calories are what counts. Not diet composition.
Now comes the interesting part of this study, which is the part that isn’t mentioned. The abstract says that after the first 16 weeks of the weight loss phase of the study, the two groups were put on maintenance diets. There is no mention of calories, macronutrient composition, or meal timing. Presumably the big breakfast group continued to skew most of their calories toward the breakfast meal at the beginning of the day, but the abstract doesn’t tell us. This is one of the things that would never, ever fly through the peer-review process.
All we learn is that after the next 16 weeks on the mystery diet, the higher-carb, big breakfast group continued to lose big time, dropping another 16.5 pounds (7.5 kg) while the poor subjects in the low-carb group actually packed on an extra 18.3 pounds (8.3 kg). There is something fishy going on in Venezuela, and it ain’t just Hugo Chavez. There is no way that these two groups could have had anywhere near the same number of calories and had these results be this divergent. It’s impossible, and (to put it in Samuel Johnson’s favorite words) there’s an end on’t.
I suspect the diets were fiddled with to bring about the results the researchers wanted. That’s the only option.
Having said that, let’s look at another aspect of this study that bears scrutiny. The hunger scores were evaluated using a meal tolerance test at 0, 30, 60, 120, and 180 min after breakfast. Now if I were to do this test anywhere from right after breakfast to 3 hours after breakfast and the only data you had to go on was the fact that one group got a breakfast that contained over twice as many calories as the other, which group do you think would be the least hungry over the next few hours: the group with the little breakfast or the group with the big breakfast? This is the test that was done. And reported. And picked up on by the press. This is one for the having-a-keen-grasp-of-the-obvious award.
I’ve seen a number of studies showing that caloric intake skewed to the first part of the day, i.e., a big breakfast, small dinner, seems to result in more weight loss than the same number of calories skewed later in the day, i.e., small breakfast, big dinner, so I don’t have an argument with this idea. The argument I have is that this is a poorly reported study that doesn’t contain enough information to allow an appropriate understanding of what really went on, yet it’s being used by both the press and it’s author to imply something that isn’t necessarily true: that a big, high-carb breakfast is better for you in terms of weight loss than a low-carb breakfast.
Daniela Jabukowiz herself is not a proponent of the low-carb diet. As she said to one of the reporters covering this travesty:

Most weight loss studies have determined that a very low carbohydrate diet is not a good method to reduce weight.

Oh, really. I would think it is just the opposite. Whenever low-carb diets are compared to low-fat diets, the low-carb diets kicks tail. At the very worst, both diets are about even. But the vast majority of studies show the low-carb diet to be superior.
I can pretty much guarantee you that this study will never see the light of day in a peer-reviewed journal. This is confirmed by one of the press members reporting about this presentation who wrote:

Plans to publish the paper in a journal were not announced.