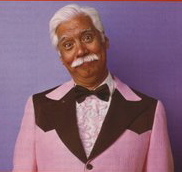 A long awaited study – the Enhance study – indicates that the combination medicine Vytorin not only doesn’t stop the growth of plaque but may actually increase it, which isn’t particularly pleasing to Merck and Schering-Plough, the pharmaceutical giants that make the drug.
We’ve all seen the annoying commercials ad naseum. Cholesterol comes from two sources: Fettuccine Alfredo and your grandfather, Alfredo. The various people from whom you’ve allegedly inherited your tendency are dressed in outfits that kind of match the look of the foods that cause your cholesterol to increase. If you’ve been lucky enough to have avoided these ads, I’ve included one at the bottom of this post so that you can be as annoyed as the rest of us. I never watch TV other than the occasional football game (or in the case of this past weekend, every NFL playoff game), and I’ve seen the Vytorin commercials countless times. I’m sure it’s one of the most heavily run ads on TV.
Vytorin is a combination of Zocor (simvastatin), the first statin drug approved, and Zetia (ezetimibe), an inhibitor of cholesterol absorption from the GI tract. It is expensive and gives Merck, the maker of Zocor, a way to continue harvesting loads of money from a drug that has now gone off patent and is available as a generic.
Results of the Enhance study have been withheld for some time now giving critics of the drug industry cause for claiming that the companies involved were fiddling with the results to make them more to their liking. Meanwhile millions of people are taking Vytorin while God only knows how much money is being spent promoting it.
Now, as reported in a front page story in today’s New York Times, the results are in, and they are disastrous.

The Enhance trial was meant to prove that Vytorin’s combination of Zetia and Zocor would reduce the growth of fatty plaque in the arteries more than Zocor alone. Instead, the plaque actually grew almost twice as fast in patients taking the combination.
Reducing plaque growth is crucial, because plaque formation — known as atherosclerosis — can lead to the blockages and blood clots that cause heart attacks and strokes, said Dr. Howard N. Hodis, a cardiologist at the University of Southern California. That is why the trial’s finding is worrisome, Dr. Hodis said.

Indeed. I’m glad I’m not one of the 5 million people who are taking Vytorin.
The article contains a statement from a cardiologist at the Cleveland Clinic, a hotbed of statinators if there ever was one.

Dr. Steven E. Nissen, the chairman of cardiology at the Cleveland Clinic, said the results were “shocking.”
“This is as bad a result for the drug as anybody could have feared,” said Dr. Nissen, a widely published researcher and senior consulting editor to the Journal of the American College of Cardiology. Millions of patients may be taking a drug that does not benefit them, raising their risk of heart attacks and exposing them to potential side effects, he said. Patients should not be given prescriptions for Zetia unless all other cholesterol drugs have failed, he said.

Like the statinator of the deepest dye that he is, Dr. Nissen neglected to mention the name of the the statin drug Zocor that makes up the other half of Vytorin.
Another statinator weighs in with a difference of opinion:

Dr. Michael Davidson, a cardiologist in Chicago who has conducted clinical trials of Zetia for Merck and Schering, said the Enhance results did not necessarily mean the drug did not work. Many of the patients in the trial may have been on statins for many years before the trial began, so adding Zetia may have had only marginal benefits compared with its use in a population not as extensively treated for cholesterol, he said.
Still, he said, patients should generally receive a statin before getting Zetia.

Hmm. I’ll bet he does. But let me get this straight. The study shows an increase in plaque, the very condition one hopes would be prevented by the drug therapy under evaluation, and this guy says the results “did not necessarily mean the drug did not work”?
The really tough thing for the statinators and other worshipers at the alter of the lipid hypothesis to come to grips with is that the Enhance study showed that those subjects taking Vytorin reduced their LDL-cholesterol by 40 percent more than those taking the statin alone ( 58% drop on Vytorin – 41% drop on Zocor), yet plaque increased in the subjects on Vytorin. But do you hear any head scratching over this? Anyone saying, ‘whoa there, a lower cholesterol equals more plaque’? Any body at all (other than yours truly, of course) seizing on the obvious? Nope. Not a one. The cry of the herd is ‘back to statins alone.’
Maybe it’s just me, but I would like to think that if I believed with all my heart that LDL-cholesterol caused plaque formation, and then a study came along showing a huge decrease in LDL-cholesterol accompanied by an increase in plaque formation, that my faith might be a little bit shaken. But not so with the statinators.
I posted a week or so ago about a study showing that a low-carb diet acted on the same place in the enzymatic pathway that produces cholesterol as the statin drugs do, but without the side effects. If you really fear LDL-cholesterol, why not treat it with a low-carb diet instead of turning to drugs that can often turn on you? It’s never made sense to me.
For those of you fortunate enough to have missed the Vytorin commercials, here is one for your viewing pleasure. As you watch, ponder on the message in this ad that was beamed to hundreds of millions of people while those PBs (poor bast**ds) on the Vytorin study were having their plaque grow. Kind of creepy.
[youtube]kBfWybm0218[/youtube]