The low-carb movement needs your help 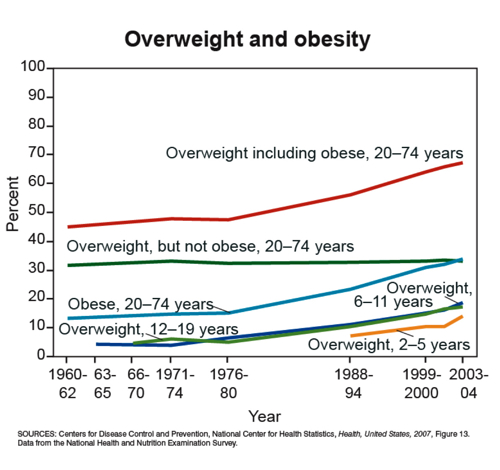 I received the following email from Dr. Richard Feinman today asking for help on behalf of the Metabolism Society and low-carbers everywhere.

Greetings!
Here’s a good topic for your blog.
The question bears on recommendations along the lines of the USDA meeting that is coming up.  It arises from a seminar that Eric Westman gave at Downstate. The group at Downstate is not particularly doctrinaire and the talk was well received but Dr. Sheldon Landesman of the School of Public Health raised a good question: “the major focus of diets based on carbohydrate restriction are fundamentally therapeutic. How could the benefits that you presented be utilized in making recommendations to the population at large?”  So while 20 g a day might be very beneficial for somebody with diabetes or somebody trying to make a big impact on weight loss, even the maintenance phase of people on low carbohydrate diets may be different than what would be recommended for everybody.
Also whereas the population at large has significant amount of overweight and obesity, a large part of the population is not overweight and even those who are, may not want to lose weight at the moment. The question is quite pressing in that the USDA has convened a panel to make new recommendations for 2010. Many of us are upset that there is no representation of the panel of people who have experience with carbohydrate restriction and some who are on the panel are probably actively antagonistic to such an approach.   On the other hand, Brian Wansink [who is involved with] the committee is aware of the problem and open to suggestions on carbohydrate restriction.
So, the question is:  how can the benefits of carbohydrate restriction that you have experienced personally or in your immediate environment be translated into reasonable recommendations that the USDA could put out? In other words, if you actually had your way what kind of recommendations would you like to see the USDA make? Recommendations should be short and to the point.
If you can encourage your readers to send their suggestions to your blog and also copy to Lauri Cagnassola (info@nmsociety.org) the Metabolism Society will organize them. We will publish the results in the scientific and popular literature and also communicate some of the main points to Brian.
I think they are right to call our bluff on what we would actually do if we had access to policy.
Best Regards,
Richard Feinman, PhD
Metabolism Society

I draw your attention to the question that inspired Dr. Feinman’s email:

The major focus of diets based on carbohydrate restriction are fundamentally therapeutic. How could the benefits that you presented be utilized in making recommendations to the population at large?

I think this question is breathtaking in its inanity.
As you can see from the graph at the top of this post, obesity is galloping along and shows no signs of slowing down.  According to the latest figures from the National Center for Health Statistics (from which the above graph was taken), almost 70 percent of Americans (between the ages of 20 and 74) are either overweight or obese.  Despite the growing rates of childhood obesity, there is a much lower rate of childhood obesity than there is adult obesity.  Since childhood precedes adulthood, one can only assume that most of the children who are not overweight now will ultimately become overweight or obese as they enter and progress through the ranks of adulthood.
Now we all know that the consensus of many studies published in the medical/scientific literature indicate that single best treatment for obesity is a low-carb diet.  We also know that there are no diseases of carbohydrate deficiency while there are diseases of both fat and protein deficiency.  Therefore a low-carb diet that provides plenty of good quality protein and fat should never lead to any diseases of nutritional insufficiency.
Finally, since a good quality low-carb diet reverses obesity and a host of other medical problems associated with obesity, doesn’t it make sense that this same diet would prevent these disorders?  Dr. Feinman was himself a co-author of a brilliant paper positing that the Metabolic Syndrome can be defined as a constellation of symptoms that respond positively to carbohydrate restriction.  If carb restriction improves these symptoms, then why wouldn’t carb restriction prevent them?
I find it extremely difficult to believe that if the entire population of the United States were to follow carbohydrate-restricted diets that the graph at the top of this post would look the way it does.  Which is why I think the question asked at Dr. Westman’s presentation was inane.  Especially if the questioner had just sat through a talk about the health benefits of low-carbohydrate dieting.
We’ve got a therapeutic modality – the carbohydrate-restricted diet – that causes no health problems in non-overweight people who follow it, reverses obesity in overweight people who do follow it, and improves every single defined component of the Metabolic Syndrome in those who have the syndrome and apply the diet.  And someone wants to know the rationale for making these recommendations to the population at large?
It’s kind of like saying that since stopping smoking improves chronic bronchitis in only those people with smoking-induced chronic bronchitis, how can we make the recommendation not to smoke to the population at large, most of whom don’t have smoking-induced chronic bronchitis?
The annoying thing to me is that the people who ask these kinds of questions are probably the very ones who would vote to add statins to the drinking water if they could.
Now that my rant is over, let me encourage you to send in your answer to the question

how can the benefits of carbohydrate restriction that you have experienced personally or in your immediate environment be translated into reasonable recommendations that the USDA could put out? In other words, if you actually had your way what kind of recommendations would you like to see the USDA make? Recommendations should be short and to the point.

You can either send them as comments to this post, and I’ll pass them along.  Or you can email them directly to Lauri Cagnassola (info@nmsociety.org), who will get them to the appropriate people to submit those who have some influence over the committee to set the nutritional guidelines for 2010.  Or do both.  If you send them through the comments section of this post, maybe you will inspire others to tell their story.  A story of success in overcoming health problems from one of you will do more than a long letter from me, whom everyone will think is simply trying to sell a diet book.
And remember, where government committees are concerned, more is better.  If you’re trying to get your point across, bombarding them always helps.  As was confirmed by my interview with Bill O’Reilly most people don’t give a flip about however the nutritional guidelines turn out because they – just like Bill – figure these guidelines are just another bunch of government propaganda that doesn’t really mean squat to them.  But with the nutritional guidelines it does mean something because the law mandates that all the people the government feeds must be fed according to these guidelines.  And since many millions are fed, the food manufacturers take note.  If we can get some low-carb influence into the nutritional guidelines, it will mean that many more products will begin showing up on grocer’s shelves carrying labels saying ‘low-carb’ or carb-restricted’ just like the multitude that say ‘low-fat.’  The low-fat mania was basically launched by the nutritional guidelines.  There is no reason that low-carb can’t get its fair market share.  If it does, it will make all of our lives a little easier, not to mention healthier.
So, write, write, write.