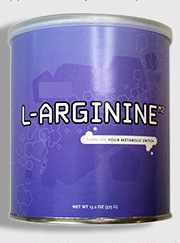 The last post I wrote was on statin drugs and the couple before that were on the many benefits of vitamin D, one of which is the prevention of heart disease. According to a number of papers, statin drugs seem to increase levels of vitamin D in those who take them, which makes me wonder if any benefits that statins provide don’t come from this increase in vitamin D levels. If so, it would be a whole lot cheaper and a whole lot safer to simply take vitamin D3 supplements.
This issue reminds me of a talk on the mechanism of action of statins that I sat through at a medical meeting in Napa, California about 10 years ago. At that time researchers knew that along with their cholesterol-lowering capabilities statins also acted as anti-inflammatory agents. Statins increase the production of nitric oxide, an extremely short acting substance that has relaxing and anti-inflammatory effects on the lining of the arteries. The researcher giving the talk was from Harvard, and he had done a study in which he compared the nitric oxide releasing ability of l-arginine (an amino acid) and a statin drug. He found that the way that statins increased the production of nitric oxide mimicked the way l-arginine did the same thing. He proudly announced that his research showed for the first time how statins really worked to exert their anti-inflammatory effects. I wondered at the time why he didn’t just recommend that patients be given l-arginine – a natural substance with virtually no side effects – instead of statins? I would have asked the question, but this was a mainstream medical meeting, and I figured if I asked that question I might be stoned.
Thanks to this and subsequent research, we know that the anti-inflammatory benefits provided by statins can be had cheaper and more safely by taking l-arginine, available at health stores everywhere. ( Incidentally, know what the best natural source of l-arginine is? Wild game. Just another piece of evidence in favor of a Paleolithic diet.) And now we know that statins increase production of vitamin D, another heart-healthy substance.
Dr. John Aloia and his group (who did the study I posted about previously) noted that their African American subjects who were on statins had significantly higher levels of vitamin D than did those who weren’t on statins.

A total of 208 women were randomized to receive vitamin D3 (n=104) or placebo (n=104). 51 women were on statins. At baseline, the subjects on statins had a significantly higher 25-OHD level [a measure of vitamin D in the blood] than the subjects who were not on statins (51.2 ± 20.1 nmol/L versus 43.2 ± 18.0 nmol/L respectively, p=0.008). This was also true when averaging 25-OHD levels across the 3-year study period and looking at active and placebo patients separately. 185 subjects had follow-up 25-OHD levels drawn every 6 months during the study. Higher levels were seen in the statin use subgroup whether they were on placebo or active vitamin D. There was no interaction seen between vitamin D use and statin use, i.e. the impacts are additive (p=0.5502).

(Click here to read Dr. Aloia’s report, published in the American Journal of Cardiology a couple of months ago. )
It has been shown that patients on statins have fewer hip fractures as compared to those patients not on statins. Is this due to the increased levels of vitamin D? Probably, but no one knows for sure yet. And no one knows how statins increase vitamin D levels.
But I do know that I would much prefer to take a few grams of l-arginine and 5,000 IU of vitamin D3 daily than I would to take a statin. All of the benefits and none of the risk at a fraction of the cost. Hmmm. This isn’t rocket science – just common sense.