Some photos from Rome 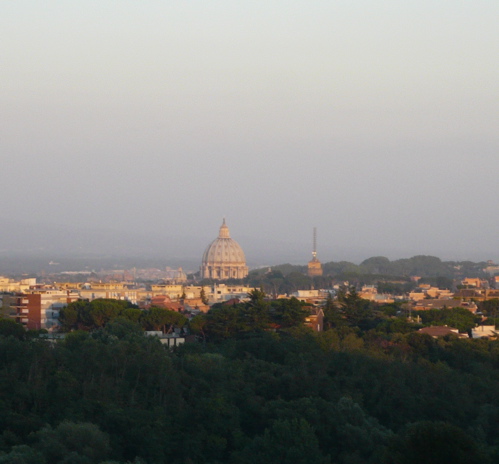 St. Peters from the deck of our hotel room at sunset last night. 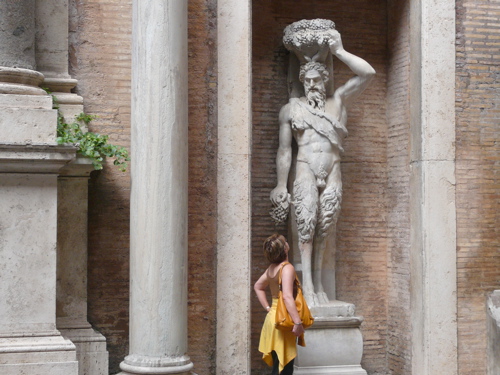 MD in conversation with a satyr. 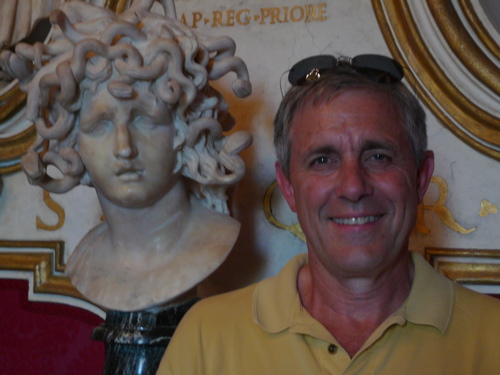 With the head of Bernini’s Medusa. 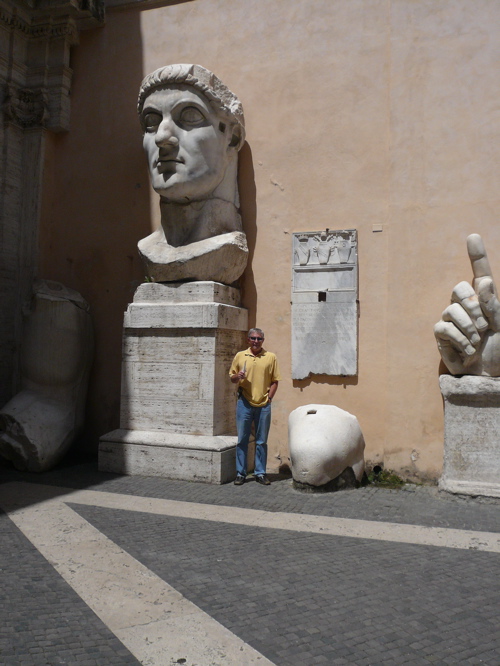 Yours truly with the colossal statuary in the Capitoline Museum 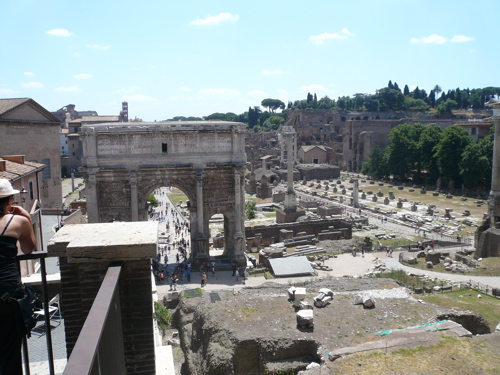 The ruins of ancient Rome 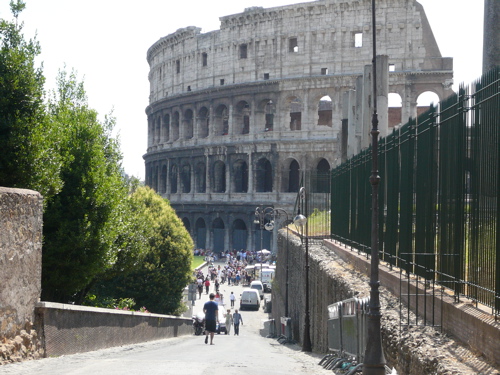 The Colosseum.  I’m always amazed at how huge this structure really is.  It’s got to be seen to be believed.
I’ll post more photos later.  I don’t want to overload your computer and have it take forever to download plus MD is after me to take off for the day.  I’ve got to figure out how to use Flikr.