Ruminations on the halted ACCORD study 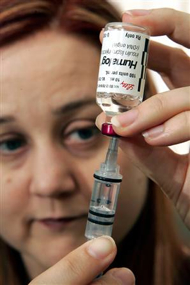 A few days ago the National Heart, Lung, and Blood Institute (NHLBI), the organization coordinating the ACCORD study (Action to Control Cardiovascular Risk in Diabetes), pulled the plug on the glucose lowering part of it. Why? Because in a stunning mid-trial finding, subjects in the arm of the study who were edging their glucose levels closer to normal were dying in significantly greater numbers than those whose glucose levels remained elevated.
What the heck is going on? Conventional wisdom has it that the lower (toward the normal range) the blood sugar the better. It has been the goal of diabetic management to reduce blood sugar levels as close as possible to the normal range; now comes this disastrous study presenting dramatic evidence to the contrary. Amazingly, those subjects who died in the lowered-blood-sugar group succumbed to some form of cardiovascular disease, the very condition the more aggressive blood-sugar lowering was crafted to prevent. Do these tragic deaths invalidate the sugar hypothesis of heart disease?
I don’t think so, but before we get into why, let’s summarize this experiment.
If you want specific details on the trial itself, you can check out the ACCORD website where you can find the study purpose, protocol, etc.
In short the study personnel selected diabetic patients who had pretty well established type II diabetes. All were on some kind of medication, many were on insulin injections as well. All had HbA1c levels in the range of 7.5% to 11% (the upper limit of normal is 5.9%) and all had either a history of cardiovascular disease (CVD) or a number of risk factors for CVD. Researchers wanted to find out if aggressive therapy to reduce HbA1c levels to under 6% in these subjects would reduce CVD events more than less aggressive therapy designed to reduce HbA1c to an average of 7.5% (still pretty high). The conventional wisdom was that the lower the blood sugar the better, so when it was discovered that the subjects in the lower-blood-sugar group were dropping like flies as compared to their peers with higher sugar levels, the study was halted, and the head scratching began.
Here is a sampling of what many well-known physicians had to say about the results:
Said Dr. William Friedewald, chair of the ACCORD steering committee:

The simple and honest answer is that we have done extensive analyses and not identified a cause for the increased mortality. We will now do even more extensive analyses with all of our investigators, who are now unblinded to the results, and prepare a paper with the data and our best impressions of the possible causes.

Dr. John Buse, a member of the ACCORD steering committee, suggested (as paraphrased by Heartwire):

…three basic possibilities that would explain the higher mortality rate in the intensively treated group: it could have been a spurious observation, and it might have disappeared with further follow-up; it could have been due to adverse effects of a particular drug or drug combination that has not yet been teased out; or it could be that the observation is true, that lowering blood-sugar levels too much in older diabetics with heart disease is a bad thing.

The patients enrolled in this study were quite vulnerable in that they were relatively old (average age 62) and had heart disease or at least two or more other risk factors for heart disease. Maybe we just flogged them too hard to get their sugar levels down. The intensive group had extremely rigorous treatment, with some patients taking four shots of insulin and three pills and checking their blood-sugar levels four times a day. Perhaps this was just too many drugs at too high a dosage, and the effort required just stressed them out too much. I think our conclusion is therefore that we should not be zealots about lowering blood sugar at all costs. We must understand that there are risks and benefits and one size probably does not fit all patients.

“This result really does defy conventional wisdom.” Noting that benefit has been seen in lowering blood sugar in terms of diabetic complications but the effect on major cardiovascular events and mortality is not known, he added: “I suppose it wouldn’t have been a major surprise if there was no effect, but to show harm is really a big surprise. This effect could have been due to some of the drugs being used to lower glucose levels, which may have other effects that cause harm. We know that rosiglitazone increases MI risk, so others may do this too.” He said not enough data on rosiglitazone use in ACCORD had been released to establish whether it could have played a role in the adverse outcome. “We don’t even know what percentage of people in each group were on rosiglitazone. So we can’t answer that question yet. All in all, this trial has raised a lot more questions than it has answered.”

These comments pretty much summarize the thinking of all the diabetes experts I’ve heard opine on this study. Let me give you my views. Before I do, though, you’ve got to understand that just as is true of those commenting above, my views are speculative. And just like the others, I haven’t been able to dig into the actual data to see what makes sense. My views are derived from looking through the lens of my own years of experience, my reading and analysis of a lot of medical literature, my knowledge of how most doctors go about treating their diabetic patients (which I think borders on malpractice) and my experience with big-name, mainstream physicians and their thought processes.
First, I think the lowered blood sugar levels are a red herring.
To see why, let’s look at how the typical doc treats his/her type II diabetic patients.
The patient gets a diagnosis of type II diabetes, is scared to death, and needs help. Most docs put these newly diagnosed patients on a low-fat, low-calorie diet. And they give them some kind of drug to help lower blood sugar. They make an appointment for a recheck in a month or six weeks. 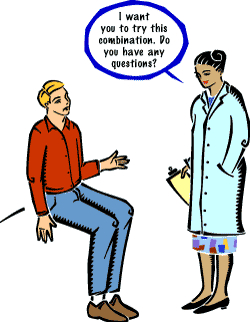 The patient comes back and gets a retest of his/her HbA1c. If the HbA1c is lower, the doc says, You’re looking good. Keep it up. If – as is more common – the HbA1c is the same (it’s already elevated or the patient wouldn’t be a diabetic), the doc increases the medication dose.
The patient leaves, takes the higher dose of meds, which usually drops the blood sugar. A falling blood sugar is a strong stimulus to eat. The patient (if trying to be compliant) eats from the low-fat, high-carb list of foods given by the doc. The patient’s blood sugar comes back up, the patient feels better, and this cycle repeats.
On the next visit, the patient’s HbA1c is the same or higher than before. The doc views this as failure of the medication to lower the patient’s blood sugar. The doc raises the dose and/or adds another medication. The patient takes the increased dose/added drug and repeats the above cycle. Lowered blood sugar, feeling lousy, eating more carbs to compensate.
The next visit finds the HbA1c the same or higher, and the doc increases or adds medications, sometimes even insulin injections. And on and on and on.
Patients on this regimen typically gain weight, feel like crap, and don’t control their sugars all that well. And that’s the standard treatment for type II diabetes in this country today. These patients are actually ‘treating’ their over medication with carbohydrates. I’m confident that many commenters who have undergone this regimen will back me up.
Happily, there is a better way.
Newly diagnosed type II diabetic comes in. Doc says, Let’s give this diet a try before we fool with medications. Doc gives patient instructions on how to follow a low-carb diet.
Patient comes back in a month or six weeks, finds HbA1c is lower than before. Doc says, Good job, let’s keep on the diet and see what happens. Patient comes back in a couple of months, weighs less, sleeping better, and HgbA1c is almost normal. Doc says, Good job, let’s keep working with the diet.
Ultimately, the patient’s HbA1c is normal on diet alone. Doc tells the patient, Your type II diabetes is gone, but the propensity for it is still there, so it’s important to remain on your diet, although you can lighten up a little on the carbs now and then. But if you go back to your old way of eating, your diabetes will return.
(Unfortunately, sometimes in certain patients with type II diabetes, a low-carb diet isn’t enough. Small doses of medications are required to normalize blood sugar. But it’s typically one medication only and in fairly low doses.)
Sadly, only one patient gets treated this second, more effective, less harmful way for every thousand patients (if not more) who get treated the first way.
In my opinion, here’s what happened in the ACCORD study.
The doctors running the study tried to aggressively lower blood sugar levels by increasing dosage levels or by adding more drugs to the patients’ regimens. The goal was to treat the HbA1c, not to treat the patient. The docs taking care of the patients in the aggressive treatment group pulled out all the stops to get HbA1c into the normal range using drugs and insulin, which was the study protocol.
All the strategies used to aggressively lower HbA1c – whether increased insulin dosing or using medications designed to wring the last drop of insulin from the pancreatic beta cells – ends up increasing insulin levels in these patients. And insulin itself is a major risk factor for heart disease.
I think that in their focus on reducing blood sugar in an effort to decrease risk for CVD, these researchers ran insulin levels up and increased another more potent risk factor for CVD. In other words, researchers traded one risk factor (high blood sugar) for an even more potent one (elevated insulin). The result was that more people died in the aggressively treated group.
Had the aggressive treatment been with a rigorous low-carb diet instead of a rigorous drug/insulin therapy, I believe the results would have been the opposite. But that is simply speculation on my part. But it’s speculation seasoned with a dose of good sense. And I think it solves the conundrum of what happened to these unfortunate victims.