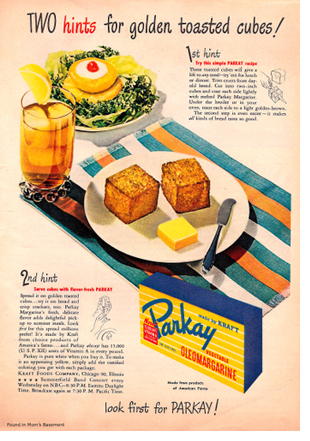 This post is going to be one of those potpourri posts that allows me to catch up on a few issues that aren’t significant enough to require a post for each one.
Lubricant
I want to start out with a funny Q & A that I can across while catching up on my The Spectator reading on one of the countless flights I’ve been on lately.  As most of you who are regular readers of this blog doubtless know, I am a huge The Spectator fan.  I love the writing, the book reviews, the movie reviews, and even the advice column.  Said column is written by a woman named Mary Killen who deals with the social conundrums of the British gentry class.  Her columns are not of the ‘Me and my uncle got in a fight after I yelled at him for crushing my cigarettes during sex. He ran off but I still love him. What can I do to get him back?’ variety that are more typical over here.  Those Mary routinely deals with are of a more genteel variety, and she typically dispenses invaluable advice as she does to the questioner below:

Q. Please can you advise on a matter that, although seemingly trivial, is causing some tension in our household. Like many families, rather than spreading butter on our toast at breakfast time, we have switched to one of the supposedly healthier alternative low-fat spreads. Our problem is by what name should we refer to this new product? My wife continues to ask if I’d please pass the butter, but as it isn’t butter, I find this irksome. If I refer to it as margarine, she is annoyed by the implication that we are using some inferior low-quality butter substitute. To request that someone passes the low-fat spread is hardly elegant. Please, Mary, can you advise on the correct terminology?
C.S., Woodbridge, Suffolk
Why not use the word ‘lubricant’? The products to which you refer are, technically, lubricants, and when you have guests they will enjoy laughing at your use of this term.

Hilarious, no?’  And a great idea.  We never, ever use margarine or its low-fat equivalent, but now I wish we did just so I could call it ‘lubricant.’  Perhaps from now on I’ll start asking: Is this butter or is it lubricant?’  The possibilities are endless. I encourage everyone to start using the term.’  Makes this schlock sound like what it really is.
New shipping policy
As many of you may know, we have a products page on our website that can be accessed from the tab at the top of this blog labeled, appropriately enough, Products.  We never intended to be in the ‘products’ business, but when our first book Protein Power came out, our clinic in Little Rock was inundated with phone calls from readers wanting to know how they could purchase the specific supplements we used with our patients.  We began providing these supplements to readers who called from all over the place.
When we moved our clinic to Boulder, Colorado in 1998, we changed our practice from a local one to a more national one since, thanks to the success of Protein Power, people began coming to us from all over.  We put up a website listing the supplements we used so that people could purchase them directly instead of having to go through our receptionist, who wasn’t always available.  We have maintained some kind of online presence since.   But we have never really sold enough product to make it worth our fooling with.   We’ve always done it kind of as a service to those people who wanted to use the very supplements we used ourselves and used with our patients.
Since we never really paid much attention to the products or how many we sold, we simply set the price at whatever the different manufacturers recommended and added whatever the shipping and handling actually was to that price.  The shipping and handling fees were pretty high, but that’s what they actually were.  We backed up and looked at the whole operation a few weeks ago and discovered we were selling more product than we thought we had been, even with the high shipping.  When we figured our costs, we decided that we could underwrite some of the shipping and still pay expenses, including paying the outfit actually doing the warehousing and shipping.
We instituted new pricing for our shipping.  It is now $5.00 on any orders from $0.01-$100.00.  $3.00 for orders between $100.01 to $200.00.  And free shipping on orders over $$200.00. As those of you who have previously purchased from our website know, this is a huge decrease in the $10-$20 it used to cost.
For those who do purchase through this site and for those who enter through Amazon.com, a heartfelt thanks.  Virtually everything we make goes back into the site in upgrades and tech work.  These two sources of income are the only ones we have for this site since I decided that all the Google ads I used to have on the site were tacky and ditched them.
Just another reason I hate the government
Again, most readers of this blog know my libertarian leanings and sentiments, so I’m against vastly more government policies than I’m for.  One that really ticks me off to the max, however, is that governments (local, state and federal) all pass laws that they themselves don’t have to obey.  If congress had to abide by the laws congress passed, there would be a whole lot fewer passed.
On October 15 I had to mail in my tax return that I had to get extended because I had’t received all the documentation I needed to complete it.  When I got my completed tax return from my accountant, I discovered that I owed an extra $48 above and beyond what I had already forked over.  I was traveling and filed my return electronically but I had to somehow pay the $48.   My accountant sent me information on how I could pay electronically, which I did.   Of course I ran afoul of one of the many rules that the government plays by that it prevents others from playing by.   I don’t know how many people know this, but when you purchase goods or services on a credit card, the merchant who accepts the credit card has to pay a fee on each transaction.  This fee is typically about 2 percent.  So, if you buy $200 of groceries on your credit card, the grocer has to pay $4.00 to the credit card company.
Some clever merchants figured out long ago that they could avoid paying this fee by simply adding it to the price for anyone who paid by credit card.  So there would be two fees for any given product: one fee for payment by cash or check and another (about 2 percent higher) for those paying with credit cards.
Can’t have that, says the government.  Laws are passed so that no one can charge more to those who purchase via credit card.  (One wonders how much lobbying the big banks, MasterCard, Visa, Discover and American Express did to get these laws passed?)  So now, if you pay by credit card, you get the same price as someone paying by cash or check.  And the merchant eats the 2 percent.
But not the government, the same government that mandates that those in the private sector can’t charge more for credit card purchases.
As you can see below from the screen shot of my payment to the IRS, they charged me a ‘convenience fee’ of $3.89 on my $48.00 tax payment, which calculates to a little over 8 percent.  Just let a merchant try to squeeze a paltry (in comparison) convenience fee of 2 percent out of a buyer, and the same government is all over them. 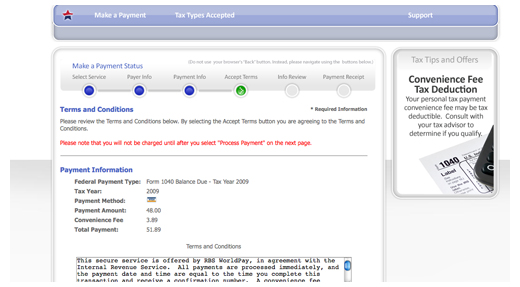 Hard as it was for him to enjoy my company, it was harder for me not to enjoy his:  He was still tough, straight, and blunt as a butcher.  He’d helped to create a monster but he still had in him a lot of the old Wall Street, where people said things like “a man’s word is his bond.” On that Wall Street people didn’t walk out of their firms and cause trouble for their former bosses by writing a book about them.  “No,” he said, “I think we can agree about this: Your fucking book destroyed my career and made yours.”  With that, the former king of a former Wall Street lifted the plate that held his appetizer and asked, sweetly, “Would you like a deviled egg?”

The most profound book I’ve read in a long while is Washington Rules by Andrew Bacevich.  This book has answered a question I’ve been wrestling with for ages, which is why other countries that don’t have the same economic engine we do are doing so much better.  If you wonder why the vastly more socialistic Brits, Germans and French have stronger currencies than do we Americans despite their having inferior economic systems and massive government intervention, taxation and regulation, the author of this book provides the answer.  This is an unusual book in that all the people I’ve recommended it to love it.  That includes liberals, Tea Party members, true libertarians and fiscal conservatives.  I haven’t given it to any hardcore, social conservatives yet simply because I don’t really know any. (Or if I do know them, they’re keeping their views secret.) The message of the author – who is a West Point graduate and retired army colonel with 23 years service – appeals across ideological lines because it is so obviously on point.  Here is the introduction to Washington Rules, a chapter titled “The Unmaking of a Company Man,” which has been online in a number of places, gives the real flavor of the book and tells why the author wrote it.  Read it and become hooked as I was, then get the book.  You won’t regret it.
So, there you have it: lubricants, shipping, comments, our government, and books all in one post.  I’ll be back to more traditional nutritional posting next time out.