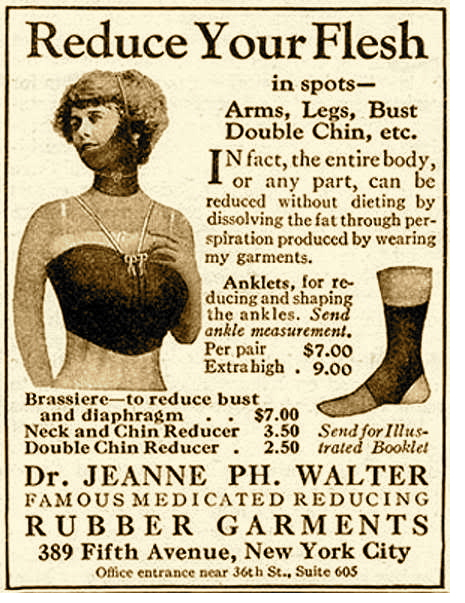 The first week of January is the traditional time for overweight people to start a diet.  For years I’ve told my patients (and anyone else who would listen) to fight the holiday eat-a-thon and start the new year at the same weight they started the month of November.  During the time between Thanksgiving and the end of the year, so the media typically reports, the average weight gain is anywhere from five to ten pounds per person.  A study in Nutrition Reviews showed the weight gain to be much less on average but a little over five pounds in those who are already obese.  This same study confirms a belief I’ve had for many years.
The best and easiest way to stay slim is to never become obese in the first place.
What I mean by making this seemingly obvious statement is that when a person goes from being normal weight to being overweight it is an indication that something metabolically has gotten broken.  At this point, no one knows for sure what gets broken, but many (and I count myself in this ever growing group) believe the damage occurs in the mitochondria, the organelles within the cells that are the energy furnaces.  Once whatever it is that gets broken breaks, it is difficult from that point on to lose weight and maintain weight loss without effort.
The study I mentioned above showed that the non-obese didn’t really gain anything over the Thanksgiving through New Year’s holidays, and I’m sure it’s not because they didn’t go face down in the fudge.  They didn’t gain because their metabolic systems were working properly.
MD and I both had our struggles with excess weight starting a few of decades ago.  We were both thin, both ate whatever we wanted, and both never gained weight.  Until, that is, our metabolic systems became damaged.  Once that happened, we ballooned, then lost, then have fought it since.  We both have kept our weight under control for years now with a few exceptions here and there by judiciously following a low-carbohydrate diet.  Since we’ve both stayed pretty much in the normal weight range for at least the last several years, we decided to try an experiment over the holidays.  And not over the entire Thanksgiving to New Year’s stretch but for a fairly short stretch between Dec. 20-Jan 2.  We had planned to make a multi-state trek to visit relatives over this period, so we decided that while we were traveling, we were going to eat like normal Americans just to see what would happen.
We didn’t go out of our way to overindulge in anything.  We had a maybe two hamburgers with the bun and had two or three orders of fries (I’m talking about during this entire period – not every day).  We had a Christmas cookie or two, downed several pieces of fudge, drank a bunch of eggnog, ate some fruitcake, and had a couple of bowls of ice cream.  And MD had a little more wine than usual while I probably doubled up on my Jameson.  Other than those indulgences we ate what would be considered sensibly by most people.  We ate some mashed potatoes, grits (we were in the South), beans (not the green bean variety), more fruit than usual and meat of one sort or another.  Pictured below is my plate (which I doubled down on) on New Year’s day. 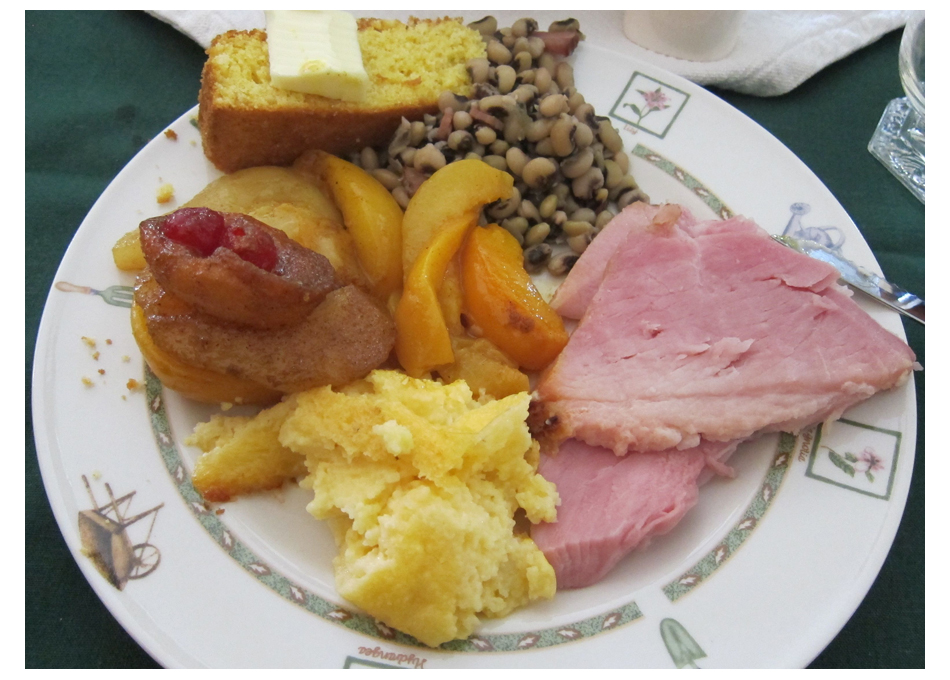 As you can see, I ate ham, cheese grits, black-eyed peas, curried fruit, and corn bread.

If you, like we, have been noshing on more carbs than normal over the holidays, then start anew with us this January.  As I have discovered this first few days, the time I spent dallying with carbohydrates over the previous couple of weeks has reinvigorated my long dormant urge to eat even more carbs.  I’m sure I’m not the only one in this boat.  We all have to remember that this urge is one we have to overcome first by effort and ultimately by habit.  I’m back on track.  Hope you are as well.