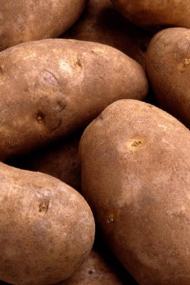 Yesterday a reader sent me a film clip from ABC news about resistant starch. (Click here to view the video) In this film clip a young woman who is a registered dietitian (RD) spoke about the virtues of a “type of fiber” that she referred to as resistant starch. According to her, this substance can cure a multitude of ills.

it basically gets fermented in the digestive tract, and it creates beneficial fatty acids. One is called butyrate. And what that does is it helps to shut off the burning of carbohydrates. So carbohydrates are the preferred source of fuel, but if they can’t be burned, your body is going to turn to body fat and recently consumed fat instead.

All fiber goes through the digestive tract unabsorbed until it reaches the colon where it is acted upon by colonic bacteria (I suppose you could loosely call it fermented) that convert it to short chain fatty acids, one of which is butyrate (a four-carbon fat). These short chain fatty acids can be absorbed through the colon and used for energy just like any other fat.
So if butyrate “shuts off the burning of carbohydrates,” as our RD says it does, then wouldn’t it make sense to get as much of it as we can? And what happens to all that carbohydrate we don’t burn? Does it just continue to circulate in the blood running our blood sugar sky high? Or does it get stored as glycogen? Does butyrate encourage carbohydrates to head into storage? These are all questions she doesn’t address. Let me help clarify.
The list of foods containing resistant starch she mentions specifically are the following:

She claims that these foods contain about 5 percent of their starch as resistant starch (which prety much agrees with other similar claims I’ve seen in the medical literature). If true, this means that 95 percent of the starch is not resistant starch and breaks down in the GI tract to glucose.
One half cup of any of these foods – so she says – contains all the resistant starch one needs to provide all the above benefits. Let’s take a look.
According to the USDA database if we consume a half cup of cooked potato we’ll end up with 12.9 grams of carbohydrate (almost three teaspoons), of which 10.5 grams are starch. If we go by our RD’s estimate that 5 percent of the total starch is resistant starch, we calculate that our half cup of potato contains about half a gram of resistant starch (0.5265 g to be exact). If we then convert this starch to butyrate we find that we have about 2.3 grams of butyrate (assuming 100 percent conversion to butyrate, which isn’t the case because some is converted to other short chain fatty acids).
So, we eat our half cup of cooked potato, and what do we get? We get almost three teaspoons of sugar and carb that convert almost immediately to glucose and head directly into the bloodstream. The blood volume of a person with a normal blood sugar contains about a teaspoon of sugar, which means that consuming the potato almost quadruples the amount of sugar in the blood. The pancreas then secretes insulin to drive this excess sugar into the cells. This extra insulin then does all the things excess insulin is famous (or infamous) for doing.
But what about the butyrate from the resistant starch? Oh yeah, the 2.3 grams of butyrate. I don’t see how the butyrate is going to do much to stop the insulin spike resulting from the ingestion of the sugars and starch from the non-resistant starch part of the potato. And even if butyrate really does all it is cracked up to do, we wouldn’t really need the potato with all its accessory easily absorbed carb because we can get the equivalent amount of butyrate from a single pat of butter. (Or almost the same – a pat of butter contains 1.45 g butyrate. Two pats of butter contain 3 g or about 1.5 times the amount generated by the resistant starch component of the potato.)
If the benefits of the resistant starch come from its conversion to butyrate as our RD avers, and if it requires the amount per day found in only one half cup of potato (or of the other foods she lists) as she also avers, then why not provide ourselves with one and a half times as much by eating a couple of pats of butter per day, which come without the extra three teaspoons of sugar? We get the butyrate without having to convert and we don’t get the extra carbs. Makes perfect sense to me.
Amazingly, our RD recommends adding the half cup of one of the resistant-fat-containing foods to the rest of whatever you’re eating that day. So, if you’re already on a ‘normal’ diet, i.e., one pretty high in carbs already, she is recommending that you add, say, a half cup of cooked potato to the mix so that you will ‘lose fat, reduce blood sugar, and lower insulin levels.’ Hmmm. Sounds a little snake oily. Sounds like she’s telling porkies.
While I’m at it, I have to mention one other little porky she tells during the interview. Says she

…and because resistant starch doesn’t get digested or absorbed it fills you up but you don’t get any calories from it.

Okay. Let me get this straight. First, she tells us that it converts to butyrate, a fat, which is absorbed and works miracles once it is absorbed. Second, she tells us that we don’t get any calories from it. Have I got that right?
She is correct in saying that resistant starch (as well as any other type of fiber) gets converted to short-chain fatty acids. And she is correct in saying that the short-chain fatty acids get absorbed. But when they do get absorbed, they contain 9 kcal per gram, just the same as any other fat. So they are not free of calories. That’s why fiber is counted in the total calorie count on nutritional labels. Fiber does make it’s way through the upper digestive tract without being absorbed, but it does get converted to fat and absorbed in the lower GI tract, i.e., the colon. So, I guess we could say she’s a fibber when it comes to fiber. At least in terms of its calorie content.
This brief discourse should put you off of resistant starch even without knowing what anti-nutrients are (resistant starch is an anti-nutrient), why they’re there and what they do. We’ll save that for a later post.
Now that you know the real story behind resistant starch, go back and watch the video to see how filled with misinformation it really is. Which also goes to show why you should never believe anything like this you see in a short spot on a news program without checking it out first.
Hat tip to Terry for sending me the video clip