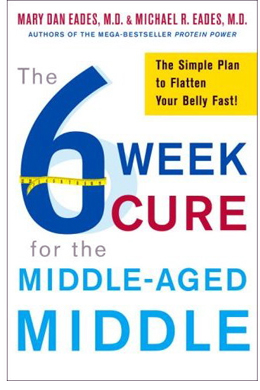 I’m almost afraid to say it, but it looks like after being delayed two times our new book is actually coming out on September 8.  As we have done with all our books, we will be expected to be available for all kinds of media appearances and interviews.  It is a giant pain, but it has to be done.  It’s part of the book-writing gig.  If you don’t sign up to do the PR, they don’t sign up to publish your book. (If you want to see a little of what a book tour is like, read this piece by Joe Queenan to see what we’re up against. Sometime I’ll write a piece on the nightmare of my first three-week-long book tour and my dealings with the escorts that are a part of the book tour experience.)

MD and I have been in discussion with our publisher and have gotten permission to excerpt part of the book, which I will do on this blog soon.  The book is about the weight gain that seems an inevitable part of moving into and through middle age and how this weight is different from that gained in the younger years.  It’s a kind of bad news, good news story because middle-age weight comes from a more dangerous kind of fat (the bad news), but a kind of fat that is fairly easy to lose (the good news).  But despite its being easier to lose, it still requires some effort…and a little different approach.  And, surprisingly, most of this fat can be lost in a 6-week window.  That doesn’t mean that we promise that all weight will be lost in a 6-week window, but most of the middle-aged weight can be ditched or at least significantly shed in this time period – thus the title.

Since we don’t have an active practice right now, most of the subjects we’ve given the diet to are former patients, friends and relatives.  We have had almost unbelievable success with those who gave the program a fair try.  We had one middle-aged friend who had struggled with lipid problems for years.  Despite our telling her not to worry and not to go on a statin because those drugs have never been shown to be beneficial for women, she was worried.  Her doctor was hectoring her, telling her that she would have to go on a statin if her lipids didn’t come into line.  She had an appointment in two weeks, so she went on the first two weeks of the program, then went to her doctor.  Not only did she lose eight pounds in her first two weeks, her lipid numbers plummeted.  Her total cholesterol fell from 240 to 174; her triglycerides dropped to below 100; and her HDL ran up to 60.  Happily, this all happened during the editing phase of the book, so we were able to include her story.  Other subjects have done as well if not better.

Another story is that of a business associate of ours who has gradually gained weight over the past 15 years who tried the plan.  She has tried diets of one kind or another for about 10 years.  She loses a little, but it’s been a tough slog for her.  She went on the new program and also lost eight pounds the first two weeks, which was a much greater loss than she had ever experienced.  A 60-year-old friend of ours easily lost 20 pounds over the course of his 6-week effort and had remarkable improvement in his lipids.  His wife had been on an HCG program that we had tried to talk her out of.  When she saw her husband lose substantially faster than she did, and without going on a 500 calorie diet, she switched to our program and her weight loss picked up and her measurements improved dramatically.

We have had multiple successes like the ones above, but, as I said, all are friends, relatives or business associates.  And they are not people who are keen on giving their testimonials to various media sources.  The first lady, mentioned above, works in the entertainment business – she was the director of a popular sitcom that most readers of this blog would probably be familiar with.  She doesn’t mind telling her story, but she doesn’t want her picture shown.  We found this out when the PR department of our publisher contacted us about some major interest in our book by a major women’s magazine.  They had read an advance copy of our book and were interested in making it a cover story.  They asked if we had any success stories they could interview and build a story around complete with photos.  We said sure and started calling all our ‘patients.’  Each one declined to be interviewed or would be interviewed but didn’t want her actual name used.  All refused to have their photo appear in the article.  So, we were left holding the bag, so to speak.

So, here is my request.  If any of you out there who are middle-aged and overweight would like to try the program, we will send you an advance copy of the book.  The deal is that you must be willing to have your real name and photo used by any media that approach you. This could be magazines, newspapers, online articles, and/or radio. You must also be willing to go on TV with us (or by yourself) – either national or local – and tell your story.  Should a TV appearance be required, generally all your expenses will be picked up by the television station, and if not, then you need not appear.  All you have to do is read the book, follow the program, keep us updated about your progress and tell anyone from the media who might contact you how you fared on the regimen.

Our publisher will let us recruit only 20 people for this project, so we can’t make it available to everyone who wants to do it.  We will select the 20 people from the applications we receive.  I have no idea how many that might be: it could be five or it could be 50.  I just don’t know.

I’ve set up a gmail account for anyone who is interested.  Please send an email giving your particulars, i.e., age, sex, weight, dietary history (what kind of diets you’ve been on, when and with what degree of success), medications, other disorders (diabetes, heart disease, kidney disease, etc.), contact info and a photo if you have one.

Put ‘6weekcure’ in the subject line of your message.

We’re also looking to recruit a few people in other categories for some more immediate media exposure.  So, if you have used the shakes for weight loss that I have given the recipe for multiple times in the comments section of this blog, send an email to the above gmail address and put ‘Shakes’ in the subject line.

If you have been on an all-meat diet and done well, drop us a note and put ‘All meat’ in the subject line.

MD and I thank you, in advance, for being willing to help.

Addendum:  We have received over 300 requests from people wishing to try the program in our book.  Since our publisher is providing us with only 20 copies, we have to terminate the offer at this point.  We will go through the 300 plus submissions and contact all those who wrote shortly.  Thanks for all your interest.