Share0
Tweet0
Share0
A few years ago I read an article in the Journal of the American Dietetic Association (a poster from an ADA meeting) about a different way of doing dietary diaries.  The researchers had their patients write down what they ate and photograph it with a digital camera.  As you can see from the poster (reprinted in full at the bottom of this post), subjects underreported their intake in their written diaries as compared to their photographic diaries, with the biggest omissions in the written record coming from sauces and condiments.
I’ve thought about this since I read it and always thought it a good idea.  Now, with almost everyone having either a small digital camera or a cell phone with a built-in camera, it makes much more sense than trying to remember everything eaten and writing it down later.  And there is a huge difference between the words “two chicken thighs’ and pictures of two chicken thighs that came from KFC with all the breaded coating from their Original recipe and two chicken thighs from a rotisseried chicken.  Yet, all too often, people eat the first, then simply write down ‘two chicken thighs’ and wonder why they aren’t losing weight when they review their diaries later.
A recent study has again confirmed what a lot of previous studies have shown: that people who keep diaries tend to lose substantially more weight than those who don’t.  Which means that if you’re on a weight-loss program and want to really make your efforts count, you should probably keep a diet diary.  And, given that they are so much more reliable, keep that diary in digital form.
I’ve decided to do that very thing for a week and publish it on this blog.  I’m doing this for a couple of reasons.  First, I don’t really need to lose any weight so I’m not doing it for that reason, but to answer the question people most often ask us is: What do you eat?  This digital record will show everyone what we (or at least what I) eat over a week’s time.
Second, it’s easy to fool oneself.  And the camera prevents that.  MD and I once went to a luncheon with a lot of low-carb aficionados.  At that luncheon, MD and I were the only ones who were at a normal weight – everyone else was overweight, some almost morbidly so.  I listened as the waitress took orders around the table and noticed that everyone ordered a low-carb meal.  Not only did they order low-carb meals, they took pains to make sure the waitress knew they didn’t want any croutons on their salads, no bread, no breading on anything, no possible hint of any added carbs to the vegetables, no carbs in the sauces, etc.  The thought that went through my head at the time was that if these people ate this way all the time they wouldn’t be as overweight as they were.  Had all these people been forced to examine digitally their own at-home eating, they may have been in for a big surprise.
What you see at the top of this post is my breakfast this morning, made for me by my lovely and talented wife.  What you see directly below this paragraph is a photo of a Cafe Americano that I made for myself (note the wonderful crema).  I drink about three or four of these before noon, one in the afternoon and a cup of decaf Americano after dinner most – but not all – nights.  (Click here if you want to see me make one of these most delicious drinks.) I’m not going to photograph every cup of Americano, but I will photograph everything else that goes into my mouth.  And I’m not going to try to be on my best dietary behavior like the people at the low-carb luncheon – I’m going to post photos of whatever I eat warts and all. And I’ll include any booze that I throw back, but I’m really cutting back this week in preparation for all the holiday cheer that I won’t be able to resist later in the month.

I plan to continue with my regular posting with these photo diaries interspersed. I’m going to categorize this entire week under Photo diet diary, so you can click on that to get the entire week all in one place without having to click through all the other posts.
One last thing. A few years back MD and I were guests on the new Donny and Marie show.  The producers asked us to give them a list of an entire day’s worth of low-carb foods for one person.  We wrote up a typical breakfast, lunch, dinner and snack menu.  When we got there and got on the set all the food for an entire day was spread out on one table.  I was stunned to see that much food.  As Marie was talking to MD about some woman thing, I did a quick eyeball calculation and found that the food presented was what we had written in the menu.  It’s one thing to see one meal’s worth of low-carb fare laid out before you, but an entire day’s is another matter.  Let me tell you, it is a lot of food.
MD and I didn’t get a recording of this show, so if anyone out there happens to have it, let me know via the comments.  I’ll try to talk you into letting me borrow the tape so I can digitalize it and get it up on YouTube.  It’s really an amazing thing to see. And I’ll return your tape unharmed.
Below is the poster that inspired this post. 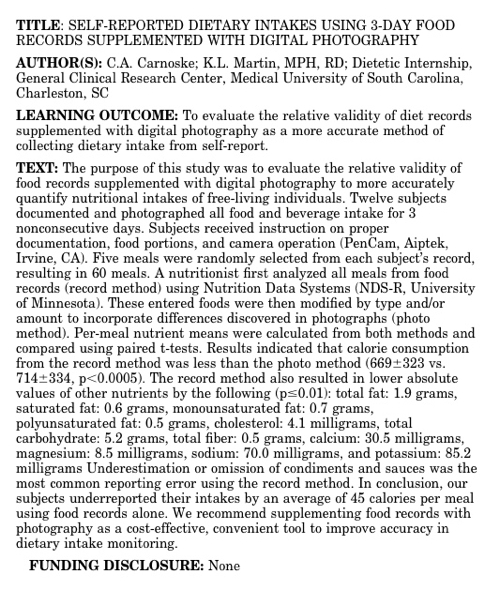