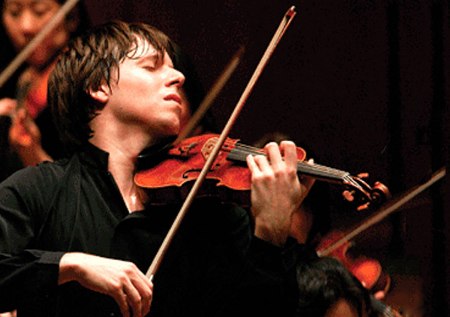 Imagine having the opportunity to watch and listen to one of the world’s most famous violinists play tunes on a famous Stradivarius violin worth multiple millions of dollars for absolutely free. Would you take it? What’s the catch?, you ask. Ah, it would be from the standing room only nosebleed section of some giant auditorium, right?
Nope, how about a front row seat. How about if you could walk right up to handshake distance to this famous violinists and listen to him play from 3 feet away? And talk to him between tunes. All for absolutely free. Oh, you might want to give him a buck. You would take the deal, wouldn’t you?
Of course you would.
But that opportunity was provided to the drudges that work in our government, the one’s we pay our taxes to employ, and the vast masses of them walked right by without even looking.
As a stunt Joshua Bell, one of the world’s most famous violinists, agreed to play in the Washington, DC metro station like a common busker to see what would happen. He played a few fiendishly difficult pieces as the hordes walked on by without so much as a second glance.
Click here for the Washington Post article complete with videos of the event. Incredible!

HE EMERGED FROM THE METRO AT THE L’ENFANT PLAZA STATION AND POSITIONED HIMSELF AGAINST A WALL BESIDE A TRASH BASKET. By most measures, he was nondescript: a youngish white man in jeans, a long-sleeved T-shirt and a Washington Nationals baseball cap. From a small case, he removed a violin. Placing the open case at his feet, he shrewdly threw in a few dollars and pocket change as seed money, swiveled it to face pedestrian traffic, and began to play.
It was 7:51 a.m. on Friday, January 12, the middle of the morning rush hour. In the next 43 minutes, as the violinist performed six classical pieces, 1,097 people passed by. Almost all of them were on the way to work, which meant, for almost all of them, a government job. L’Enfant Plaza is at the nucleus of federal Washington, and these were mostly mid-level bureaucrats with those indeterminate, oddly fungible titles: policy analyst, project manager, budget officer, specialist, facilitator, consultant.
Each passerby had a quick choice to make, one familiar to commuters in any urban area where the occasional street performer is part of the cityscape: Do you stop and listen? Do you hurry past with a blend of guilt and irritation, aware of your cupidity but annoyed by the unbidden demand on your time and your wallet? Do you throw in a buck, just to be polite? Does your decision change if he’s really bad? What if he’s really good? Do you have time for beauty? Shouldn’t you? What’s the moral mathematics of the moment?
On that Friday in January, those private questions would be answered in an unusually public way. No one knew it, but the fiddler standing against a bare wall outside the Metro in an indoor arcade at the top of the escalators was one of the finest classical musicians in the world, playing some of the most elegant music ever written on one of the most valuable violins ever made. His performance was arranged by The Washington Post as an experiment in context, perception and priorities — as well as an unblinking assessment of public taste: In a banal setting at an inconvenient time, would beauty transcend?