MD and I just got back from the Nutrition & Metabolism meeting in Phoenix. I’ve been dilatory in posting and in putting up comments because the meeting and the pre- and post-meeting socializing (most of which was discussion of one another’s work and the status of the low-carb diet in academia) took up all of my non-sleeping time. And all the pre- and post-meeting socializing included both film and podcast interviews.
The Nutrition & Metabolism meeting is held in conjunction with the annual meeting of the American Society for Bariatric Physicians (ASBP). We skipped the ASBP meeting because we couldn’t take the time away from the book project we’re working on. As a result we missed a terrific presentation by Robert Wolfe, formerly of the University of Texas Medical Branch in Galveston, now at my alma mater, the University of Arkansas. Dr. Wolfe has done much of the work on protein metabolism and has shown in a number of papers that good things happen when protein is substituted for carbohydrate in the diet. When MD and I got there, Dr. Wolfe was in the hall trying to escape from a barrage of questioners. I listened in and learned, among other things, that his work with glucogenogenesis has shown that the newly minted glucose (made from protein) goes first into glycogen and from there into the circulation. I always thought it went directly into the blood stream from the liver, but work with carbon 13 tracing shows that it goes into glycogen first.
Before I had to get suited up for the first interview, Richard Feinman and I were able to slip off and have a cup of coffee. 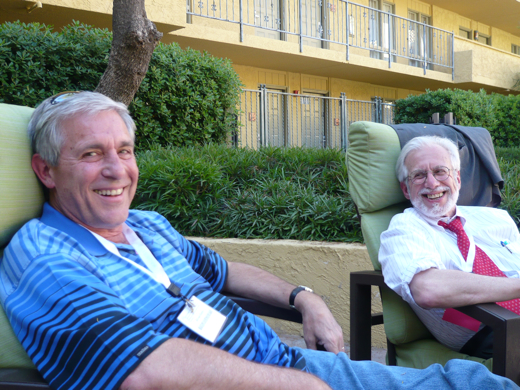 And a joke or two. Richard has a great dry sense of humor. That’s probably why Anthony Colpo doesn’t like him. 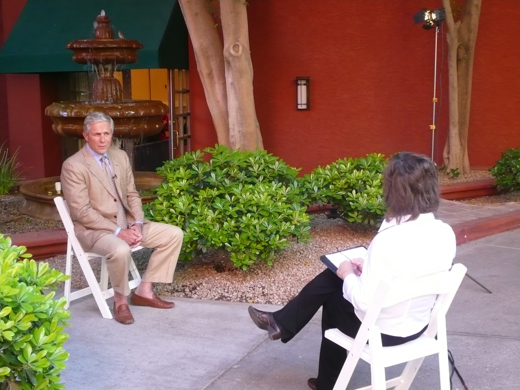 Putting on my game face for the film interview. Note the lack of socks. The producer promised me I would be shown from the waist up only. 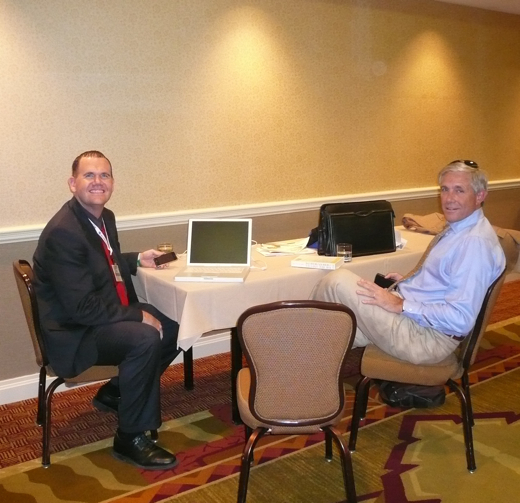 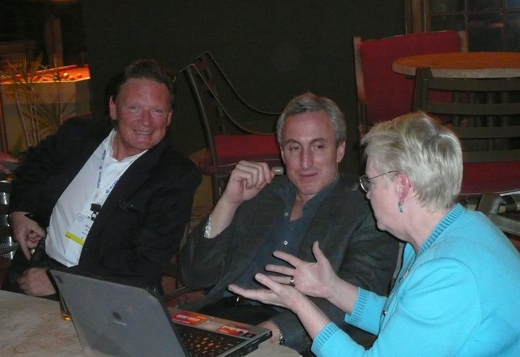 A dinner conversation with Gary Taubes, Mary Vernon and a tired Nicolai Worm, who had just flown in from Germany.
There were a number of informative presentations during the course of the meeting, a number of which I plan on posting about as time allows (the book deadline draws near). Casual conversations during the breaks, however, were often more enlightening. One of the commonest conversational subjects was how so many incredibly smart people could fail to see the obvious and ignore or even bash carb-restricted diets when so much data is out there showing their superiority. During one of these discussions, one of the scientists at the table (one who does not want to have this statement attributed to him/her, so I won’t) said:

It’s really pretty easy to see why if you understand academia. If, as an academic, you go down the low-carb rabbit hole, your chances of survival in that dog-eat-dog world are about 5 percent. If you follow the herd and pooh pooh low-carb diets, your chances of survival are about 95 percent. The smartest of the academics figure this out quickly and follow the path that leads them to survival and promotion.

It’s a sad commentary, but I’m not all that sure that I wouldn’t have done the same thing (gone with the 95 percent chance of survival) had I gone the academic route instead of the clinical practice route. It would have been a difficult call. 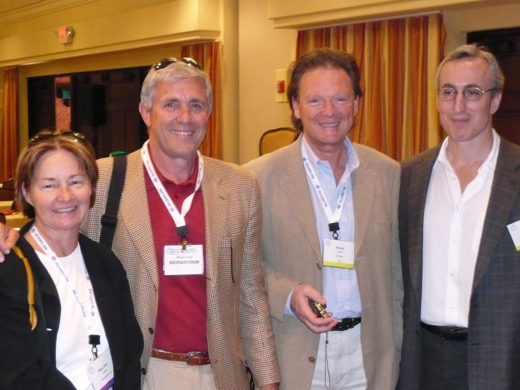 MD and me with Gary Taubes and Nicolai Worm
Gary Taubes gave two good talks. The first was the same one you can find all over the internet (I posted on it earlier). The second was a presentation on the history of the idea that cholesterol and saturated fat are risk factors for heart disease. This was Gary’s first go at this presentation, and it was beyond excellent. I thought the first presentation was good, but the second was exceptional. It’s difficult to believe what a bunch of chicanery and smoke and mirrors went into this idea that is accepted by virtually the entire mainstream right now. Simply mind boggling. All of this information is in Gary’s book (which I’ve read three times in its various iterations), but it’s even more unbelievable seeing it presented in slide form. I don’t think anyone made a video of the presentation, but I’ll check and let everyone know. If so, it’s not to be missed. 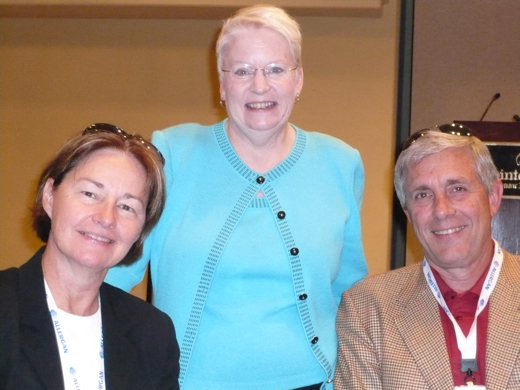 Mary Vernon, MD and me.
Mary also gave a wonderful presentation. She stated it better than I’ve ever heard it stated when she told the group of physicians about the power of a low-carb diet, and how they needed to carefully monitor their patient’s medications. She said:

Nothing in your medical training will have prepared you for how quickly this is going to work.

Mary is an absolute ball of fire. I don’t know where she gets the energy. If you ever have a chance to meet her or hear her speak, take it. I think MD talked Mary in to coming to her (MD’s) big performance of the Carmina Burana at the end of May. 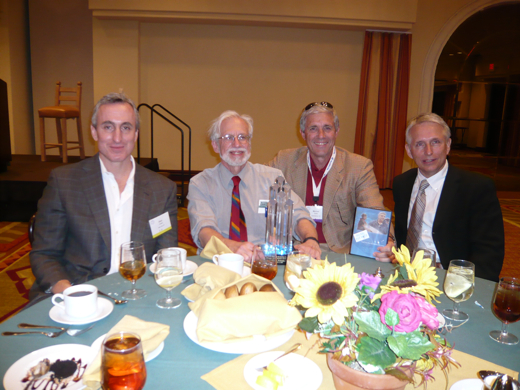 The last lunch. Gary Taubes, Richard Feinman, me, and Jay Wortman. I’m holding a copy of Jay’s video My Big Fat Diet made with the First Nation people in Alert Bay. Jay is going to let me know how readers can obtain the video. As soon as I hear from him, I’ll pass the info along. He showed the entire video as part of his lecture at the meeting. And, lest I forget, the object in front of Richard Feinman is his award as the Nutrition & Metabolism honoree of the year.
For those of you waiting for comments that you’ve written, I’ll get to them as soon as I go through the giant pile of mail that awaits me.