I’ve gotten tired of the theme I’ve been using on this blog. Consequently, I’ve been roaming the net looking for something I like a lot better. And I think I’ve found it. I’ve been playing around with it on another WordPress installation just to see how I like it, so I want to pass a few screen shots along to the readers here to get some feedback.
Over the years I’ve been using the custom theme you are all familiar with, I’ve had multiple complaints that the font is too small and difficult to read. Just had another one a couple of weeks ago that finally inspired me to look for something different. If you know how, it’s easy to increase the font size of anything you’re reading, but a lot of people don’t know how. So I decided to look for a different look that was a little cleaner and easier to read.
It’s common knowledge among those who revel in fonts that the most readable fonts are sans-serif fonts for headlines and headers and serif fonts for the body of the text. So I looked around for something that was clean, easy to change and gave me the font choices I liked.
I’ve taken a couple of screenshots of two of my recent blogs converted into the new format.
Take a look and let me know if you like this format better than what I’m using now.
You can click on these to enlarge them to the actual size the blog will be.  Then click the X in the lower right corner to reduce the size.
Ignore the colors I’ve chosen because I’ve just been playing around with them, and this is what they were when I took the screen shots.  Also ignore all the boxes in the right sidebar.  Those will all be changed.  They are the default boxes on this theme, and I haven’t fooled with them yet. 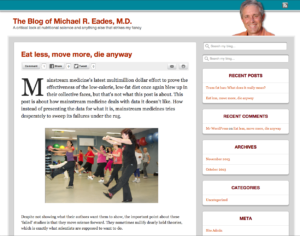 So, let me know yea or nay as to how you like this new theme.  You are the one who will have to look at it.  I do all my work behind the scene in the administration area, which looks the same no matter what the theme the readers see looks like.
Also, while you’re at it, let me know what topics you would like me to write about.  I have a slew of posts I’ve got in various stages of of completion.  Sometimes I write for myself because it helps clarify my own ideas on a topic.  There is nothing like having to write something down coherently to really make one think about it.
But besides writing for myself, I want to write what interests readers.  I post on a wide range of topics on Twitter, and post multiple times every day.  I can tell by how many hits the various links I post how interested people are (or at least the people who follow me on Twitter) in what I have to say by how many times the link is opened.  I’m constantly amazed because I’ll find something I think is tremendously interesting and important and not many people seem to give a flip.  Then I’ll find something in my daily troll of the literature and the web that I almost don’t post because I don’t think that many people would find if of value, and it goes nuts.  Thousands of people hit the link and the Tweet is retweeted out the gazoo.  Clearly, I’m not a good judge of what my readers want to read.
If you’ve got a topic you would like to see me address, put it in the comments.  I can’t guarantee I’ll post on it because it’s got to be something that interests me as well.  There is nothing more of a drag than to try to write 1200 words on something I can’t really get my teeth into.
Please let me know what you think of the new look (potential new look) and let me know if there is anything in particular you would like to read about here.
Thanks.