More news on the statin front 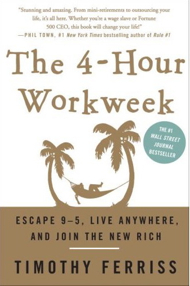 I’m sorry if I’ve been a little less than diligent lately with getting new posts up and comments dealt with in a timely fashion. Tim Ferriss, author of the bestselling 4-Hour Workweek and popular blog of the same name, asked me to put up a post on his site. I put up an updated version of the “is a calorie just a calorie?” debate post, which was hit with numerous comments. Tim asked if I would deal with a few of the comments, which I did. It was fun, but it took some time. If you get into an argument with a hostile vegetarian you ought to take a look at comment # 73 and comment # 84 , my response. This will give you some hard info for your dispute.
I’ve sprinkled a couple of other comments in as well. All this – along with the book project – have kept me from my own blog. I wrote at the end of the last post that the next post would be a follow up on the Swedish study. I’m working on that post now (which will be the next post), but I wanted to get up some information that is a little more current. Information about one of my favorite subjects and least favorite drugs: statins.
Looks like Robert Jarvik has gotten into a little trouble. The fact that he passed himself off as a practicing physician (he had a medical degree but he has never taken the training or certification necessary to actually practice medicine) and an accomplished rower (he doesn’t row – a body double was used in the ads) has gotten the ire of a congressional committee. According to the New York Times

The House Energy and Commerce Committee has been looking into television ads featuring Dr. Jarvik. The committee disclosed that Pfizer had agreed to pay Dr. Jarvik at least $1.35 million under a two-year contract that expires next month. John D. Dingell, the Michigan Democrat who is chairman of that committee, raised questions about Dr. Jarvik’s credentials to recommend Lipitor.

And from an earlier NY Times piece

“It seems that Pfizer’s No. 1 priority is to sell lots of Lipitor, by whatever means necessary, including misleading the American people,” Mr. Dingell said.

Duh. You really think so?
Now, apparently Pfizer has changed its ad to ones identifying Jarvik as the man who invented the artificial heart. But that, too, is causing problems.

The committee has also contacted at least one former colleague of Dr. Jarvik’s who contended that he was not the actual inventor of the artificial heart, as stated in the ads.
In a letter to Pfizer in August 2006, three former colleagues of Dr. Jarvik’s at the University of Utah complained that the ads erroneously identified Dr. Jarvik as “inventor of the artificial heart.” That distinction, they said, should go to Dr. Jarvik’s mentor, Dr. Willem J. Kolff, and his associate, Dr. Tetsuzo Akutsu.

My bet is that Pfizer will ditch him altogether and start fresh with a new sales approach. I’m sure that Dr. Jarvik will be sad to see his $1.35 million contract evaporate. But his sadness will be more than compensated by my happiness at not having to see his face again.
On another note, it appears that while statins are taking heat on all fronts that everyone is jumping in and getting their kicks in. It’s hard for me to hide my glee.
Last week the Wall Street Journal weighed in with a piece (requires paid subscription) on the front page of their personal journal section describing the negative effects statins often have on the brains and cognition of those taking them.

Cognitive side effects like memory loss and fuzzy thinking aren’t listed on the patient information sheet for Lipitor, the popular cholesterol-lowering drug. But some doctors are voicing concerns that in a small portion of patients, statins like Lipitor may be helping hearts but hurting minds.

“This drug makes women stupid,” Orli Etingin, vice chairman of medicine at New York Presbyterian Hospital, declared at a recent luncheon discussion sponsored by Project A.L.S. to raise awareness of gender issues and the brain. Dr. Etingin, who is also founder and director of the Iris Cantor Women’s Health Center in New York, told of a typical patient in her 40s, unable to concentrate or recall words. Tests found nothing amiss, but when the woman stopped taking Lipitor, the symptoms vanished. When she resumed taking Lipitor, they returned.

“I’ve seen this in maybe two dozen patients,” Dr. Etingin said later, adding that they did better on other statins. “This is just observational, of course. We really need more studies, particularly on cognitive effects and women.”

It’s not only in women. Astronaut and physician Dr. Duane Graveline has severe memory and cognitive function problems when he started Lipitor. He wrote a book about it that 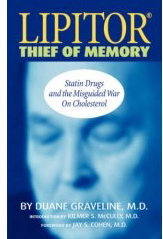 should be a cautionary tale to anyone contemplating going on statins unnecessarily (a group that encompasses almost all people because very, very few actually receive benefit from these drugs).

The WSJ piece tells the tale of a 69 year old lady who had a particularly bad experience.

A San Diego woman, Jane Brunzie, was so forgetful that her daughter was investigating Alzheimer’s care for her and refused to let her babysit for her 9-year-old granddaughter. Then the mother stopped taking a statin. “Literally, within eight days, I was back to normal — it was that dramatic,” says Mrs. Brunzie, 69 years old.

Doctors put her on different statins three more times. “They’d say, ‘Here, try these samples.’ Doctors don’t want to give up on it,” she says. “Within a few days of starting another one, I’d start losing my words again,” says Mrs. Brunzie, who has gone back to volunteering at the local elementary school she loves and is trying to bring her cholesterol down with dietary changes instead.

“I feel very blessed — I got about 99% of my memory back,” she adds. “But I worry about people like me who are starting to lose their words who may think they have just normal aging and it may not be.”

The article ends with a quote from Ms Brunzie that should be tattooed on anyone blindly taking any medicine given by a doctor.

You have to use your own brain, as well as your doctor’s brain, when it comes to your health.