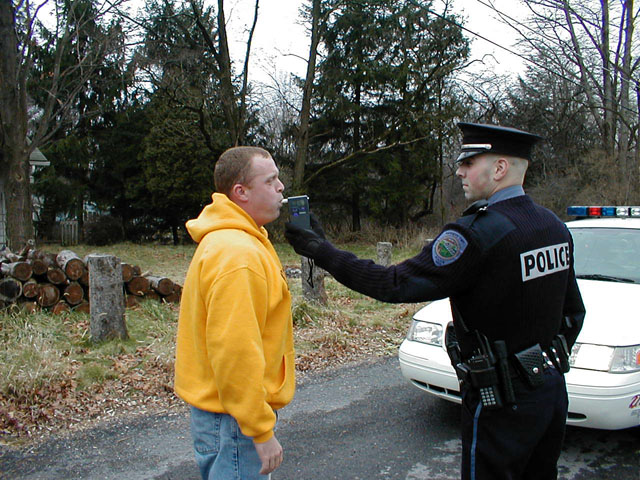 A recent article in the International Journal of Obesity should give low-carbers cause for a little alarm.
Here is what happened to a man in Sweden on a low-carb diet:

We report a case of a 59-year-old man, body mass index 26.6 kg/m2, who began a weight reduction program, partly because of knee pains but also because he was a glider pilot where weight is important. He used a Swedish textbook on obesity treatment written by S Rössner together with the commonly used Swedish VLCD [very low calorie diet] Nutrilett (Cederroths, Stockholm, Sweden), 5 packets/day for 3 weeks, which is an approved standard regimen. This treatment resulted in a weight loss of 7 kg.
During dieting, the man discovered that an alcohol ignition interlock device, installed in an official company car, indicated that he had consumed alcohol and the vehicle failed to start. This was confusing because the man was a life-long teetotaller and was therefore both surprised and upset by the result. As he had been supervising private aviation he had access to a second breath-alcohol analyzer, which indicated a simultaneous BAC ranging from 0.01 to 0.02 g/100 ml.

A VLCD diet (very-low-calorie diet, a protein-sparing modified fast) contains mainly protein along with a small amount of carbohydrate and very few calories, usually fewer than 1000 per day. Just about anyone going on one of these diets will soon be in producing ketone bodies at a pretty high rate. But the same goes for a more traditional low-carb diet as well. If carbs are kept at a low level, ketosis will occur. In fact, it’s desired.
Ketone bodies are water-soluble products of fat metabolism. The body has three ways of dealing with ketones: it can burn them for energy (which it does with great success), it can release them in the urine (which is why Ketostix turn purple), and it can vent them through the lungs (ketones can be detected in the breath of one in ketosis).
But, as it turns out, these ketones riding out on expired air can trip the trigger of a breathalyzer or, as the Swedish man discovered, can prevent a car with an alcohol ignition interlock device from starting. Since most people in this country don’t have such devices on their automobiles, the big problem ketone breath can cause would be an arrest for drunk driving.
Before we get go how a breathalyzer reads ketones as alcohol, let’s briefly go over what ketones are, where they come from, and what they do.
Glucose is necessary for our survival, but it doesn’t have to come from our diet. Our bodies have all the metabolic machinery in place to produce all the glucose we need to function just fine without our having to eat a gram of the stuff. Now if we do eat some glucose in the form of sugar and/or starch, the body uses what it needs and stores the rest first as glycogen and then as fat. When we have little or no carbohydrate in our diet, the body reverses the process and breaks down the stored glycogen, which is released as glucose. When the glycogen is gone the body turns to protein as the raw material for glucose production. The conversion of protein to glucose takes place in the liver and is called gluconeogenesis, a word meaning literally the making from scratch, or genesis, of new glucose.
The liver requires energy to convert protein to glucose. Fat provides this energy. The liver burns fat to run the gluconeogenesis machine, but it doesn’t completely burn the fat to carbon dioxide and water, the typical products of the body’s fat combustion process. Instead the liver converts these incompletely burned fats into ketone bodies and releases them into the blood where they are made available for any tissues that might want or need them.
And boy do the tissues want them! The muscles, the heart, and, particularly, the brain greedily lap them up in preference to glucose and/or fat. These tissues lap them up for a reason. Ketones provide a lot of energy very efficiently. The heart, for example, operates about 28 percent more efficiently on ketones than it does on glucose. (I always think of this fact whenever I read Jane Brody and other diverse nutritional idiots rabbit on about ketones being poisons.)
Despite the brain’s and other tissues’ greedy hunger for ketones, they can only consume so much. At some point they get full and stop eating. The liver however doesn’t stop making the ketone bodies because the liver has to continue making the glucose that the body requires. As long as the liver is cranking out glucose, it is cranking out ketones. When the brain, muscles, heart etc. have had their fill, the ketones accumulate in the blood. The body ditches them as mentioned above through the urine and breath. There are other processes that take place to prevent the ketone levels from going too high that are too complex to deal with in this short post, but rest assured that as long as you aren’t a type one diabetic, your ketone levels will never get to a dangerous level.
But if you are righteously following a low-carb diet – especially in the early days – you may produce enough ketones to register on a breathalyzer should you get stopped on suspicion of being drunk.
Here is a diagram taken from the paper showing the metabolic pathways of ketone metabolism.

You can note that one of the pathways for acetone (a ketone) metabolism is the conversion to isopropanol. The ‘ol’ at the end of isopropanol identifies it as an alcohol. The isopropanol in the breath is what the breathalyzer picks up. At this stage of breathalyzer development, the machines can’t differentiate between various alcohols and so registers them all as ethanol, the alcohol in booze.
In the article the man’s breathe registered 0.01 to 0.02 g/dL ml, which is below the 0.08 mg/dL (or ‘point O eight’ as it’s called here) punishable limit for driving a car, but is close to the punishable range in some countries. But, no one knows at this point to what degree of ketosis this particular subject was in to get the 0.02 mg/dL reading. Nor does anyone know if a normal degree of ketosis in a particular person could cause a reading of 0.08 mg/dL or greater, which could get one in a lot of trouble.
Fortunately, the effects of alcohol and ketosis are not additive. But alcohol can convert to ketones. If you drink spirits alone, you could increase your ketone levels, but the alcohol by itself will trigger the breathalyzer to a greater extent.  If you have a sweetened mixed drink or a beer, there may be enough carb to shutdown ketone production.  In which case, your breathalyzer reading will be from the alcohol alone. So if you’ve had a mixed drink or beer then see the blue flashing lights in your rear-view mirrors, you’ll probably be okay. But, if you are following a ketogenic diet and swilling Jameson (a situation I might find myself in), you could be in big trouble. If, on the other hand, you are following a ketogenic diet to the letter while stone sober and see the lights, you still might be in for some trouble. If you should find yourself in that position and have a reading that exceeds 0.08 mg/dL, just tell the officer that you want a blood test for alcohol, which will show a blood level of zero (assuming you really haven’t been drinking), and you should be exonerated.
Or if you’re really worried about it, drink a little glass of orange juice or throw back a couple of mints or other small candy before you drive. As most people who have tried to keep the Ketostix purple know, it doesn’t take much carb to stop ketosis in its tracks.