In going through and catching up on all the online issues of Science, I finally reached the most current issue, which contains an article of interest. Originally published in 1970 in the journal Nature, this article was featured in the current issue of Sage KE, an anti-aging supplement to Science, as a blast from the past in their Classic Papers section.

The paper was the first to show that the accumulation of non-functional, or junk, proteins play a role in the aging process. This article caught my eye because of another on ketosis I had read recently and had touched upon in a previous post. 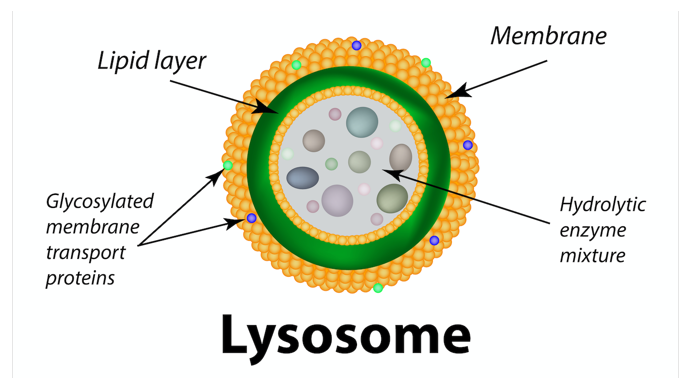 Anti-aging scientists are now pretty sure that one of the forces behind the aging and senescence process is the junk protein matter that accumulates in the cells, hampering cellular function. If the junk builds up enough, it basically crowds out the working part of the cell, killing the cell off in the process.

As this inexorable process proceeds, more and more cells function less and less well until we, as a being, cease to function. There are other processes driving the aging function besides this accumulation of cellular debris, but if we can make some headway with cleaning out the junk, then we should be able to make the cells, and by extension us, function better for longer.

We have little chemically-operated waste disposal systems in our cells called lysosomes. Cellular debris that gets hauled to the lysosomes and dumped in gets degraded into individual amino acids, which are released into the circulation and used to re-synthesize other, functional, proteins.

The process of transporting the junk proteins to the lysosomes is handled by enzymes designed for that purpose found within the cells. As long as the enzymes are working up to snuff, the junk doesn’t accumulate. But as the Nature paper shows, the aging process takes its toll.

Random errors in protein synthesis of these enzymes due to the aging process means that some end up being functional while others aren’t. The non-functional enzymes then not only don’t help haul the junk to the lysosomes, they themselves become junk. It’s easy to see what’s going to happen as time marches on.

But how can we slow this process and de-junk our cells?

Stay in ketoses a lot of the time. How do we stay in ketosis? By following a low-carbohydrate/ketogenic diet.

How does ketosis help us de-junk our cells?

A paper appeared in the Journal of Biological Chemistry last year that tells the story.

Ketones stimulate the process of chaperone-mediated autophagy (CMA). What is CMA?

a cellular process that allows cells to remove proteins, organelles, and foreign bodies from the cytosol [the watery interior of the cell] and deliver them to the lysosomes for degradation.

Why would the body be designed for ketones to stimulate CMA?

Ketosis is one of the signs of long term starvation. Ketones are produced throughout the day and are perfectly normal, but sustained ketosis takes place during starvation and sends a message that the body needs to conserve both glucose and protein.

The body begins to conserve glucose by signaling to many of the organs and tissues to start using ketones for energy instead of glucose. The body conserves protein by decreasing its use of glucose because in the absence of dietary carbohydrate (as in starvation) the body makes glucose out of protein.

Conserving glucose by switching to ketones allows the body to preserve its protein stores. The other thing the body can do is to make sure that the protein it does break down to use for glucose formation comes from non-essential sources. What more non-essential source can we have than useless junk proteins floating around inside the cells?

The ketones themselves stimulate the process of CMA to salvage all the junk protein to be used for glucose conversion.

Now, all we have to do to slow the aging process is to stay in some degree of ketosis most of the time and let nature take her course and clean all the junk out of our cellular attics. How do we do that? Easy. Keep our carbohydrate intake at (or preferably below) 100 grams or so per day.

Why that particular number?

It takes about 200 grams of carbohydrate per day to provide glucose for all the structures in the body that require it. After a period of low-carbohydrate intake or starvation that amount required drops to about 130 grams per day because about 70 grams are replaced by ketones.

We never really get below that because certain cells can’t convert totally to ketone use and continue to require some glucose. For instance, the red blood cells must use glucose for energy as do some cells in the kidneys and the brain and central nervous system.

But not to worry, the liver can easily make 200 plus grams of sugar per day to ensure that these tissues get all they need. But the liver makes most of this glucose via a process called gluconeogenesis (the generation of ‘new’ glucose) out of protein.

So, if we decrease our carbohydrate intake to below, say, 50 grams per day, the amount advised in Protein Power and other enlightened books on carb restriction, we’re in a deficit to the tune of about 150 grams per day. No problema. The liver makes up the deficit out of protein.

As we start making ketones to replace the glucose, the deficit drops to about 80 grams per day, which the liver can easily provide. But here is the neat part. Most of the glucose the liver makes won’t really come from protein from our tissues; it will come from the protein we eat. We’re not starving; we’re eating a high-protein diet. So we have plenty of protein to make glucose as we need it without robbing our muscles and other protein tissues that would get pillaged were we really starving.

But, deep in the bowels of our cells this fact is unknown. All the cells know is that ketones are all over the place, which is the signal to start the CMA process to break up junk protein.

We end up losing body fat, which is both burned for energy and converted to ketones to replace glucose, while at the same time we maintain our needed protein structures because we’re eating protein, and we de-gunk our cells. All while eating steak and eggs and lamb chops and ham and…

It just one more reason the low-carb diet rules.