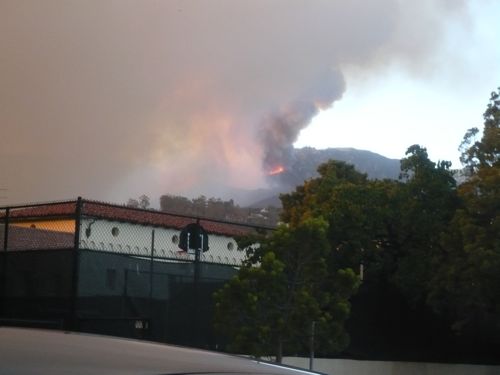 Since a bunch of readers have asked, Ill give a quick update about the fire in Santa Barbara.  I took the photo above when MD and I went out to dinner last night in downtown Santa Barbara.  The top of our car, which is parked next to the restaurant, is in the foreground, providing some perspective.

As it stands now, MD and I are a little ways from the evacuation area, but the margin is getting closer and closer.  Fires move pretty fast when they are driven by winds gusting from 60-70 mph.  Ive driven around and looked at the fire and placed it on a map and compared it to where we are.  When I do this and think about it, the reasoning, cognitive part of my brain tells me that we are in no danger at this point, but the primitive, reptilian part of my brain screams a different message.

If you click this link you can see a Google map of Santa Barbara that will update every 15 minutes.  You can see the areas that are under voluntary and mandatory evacuations.  And you can see how far this fire has spread in just four days, which is what the primitive part of my brain is focusing on. Youll have to scroll to the right to see the part of the fire that affects us.  Our house is north of E. Valley Rd and above the Birnam Wood Golf Course.  If you see the edge of this evacuation hit Birnam Wood, youll know were out of here.

The most annoying thing about this fire  aside, of course, from the potential of being burned to death and/or having your house burn to the ground – is the lack of information available from the press and the authorities.  I watched a press conference this morning and almost ran screaming from the room.  Instead of one person who knew what was going on transmitting information, the press conference was a parade of authorities and politicians jockeying for TV time and thanking one another for all the support.  The politicians thanked the fire fighters, the fire fighters thanked the politicians, and both thanked those involved in law enforcement.  Absolutely no information of value was transmitted.

Which brings me to another almost unbearably annoying part of these press conferences.  Along with profusely thanking one another for all the help, everyone defaults to what I call authority talk.  There are no policemen or sheriffs, only law enforcement personnel. No firefighters, but fire control personnel. There is no wind, but wind events instead.  We have fixed-wing aircraft and rotary wing aircraft circling overhead instead of airplanes and helicopters.  A DC-10 tanker is on the scene dropping tons of fire retardant.  Its called the largest dropping resource we have.  The fire itself is referred to as the fire incident. ARRRGGGHHHH!!!!

Ill keep everyone posted on what goes on via Twitter.  If you dont want to sign up, you can simply go to the Follow Me On Twitter button (with the little blue bird) in the upper right of this blog and find all the updates.

Keep your fingers crossed for us.

What follows is a series of photos showing the fire in different stages.

Below is a photo I took from the tee box on the 17th hole two days ago. 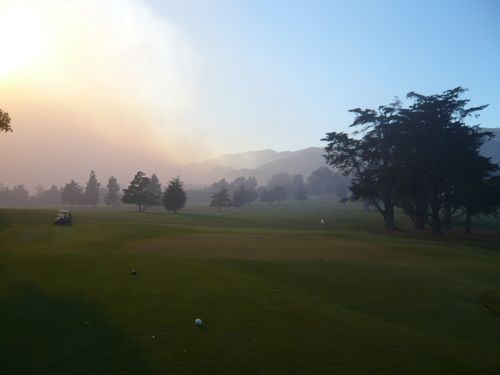 Here is the view from the same spot about 18 hours later.  I was playing with our son, and hit our drives off the tee. 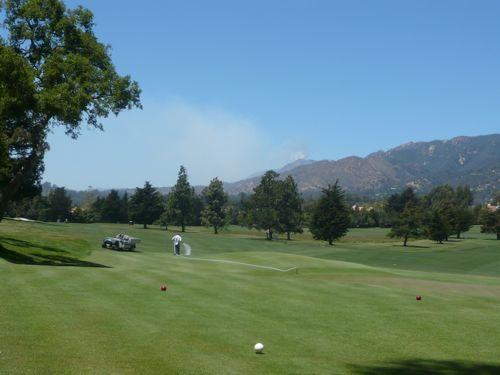 By the time we got to our balls, a hot spot had erupted.  You can see how much change can take place in less than five minutes. 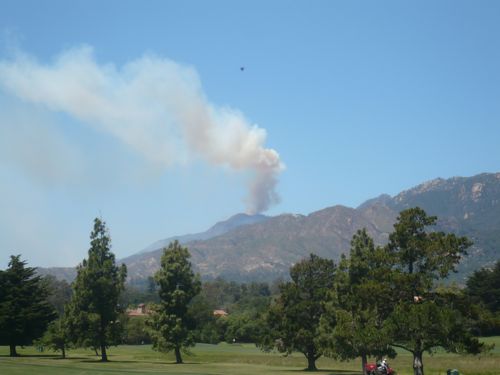 Here is the view taken about an hour ago from behind an info kiosk located about a half mile from our house. 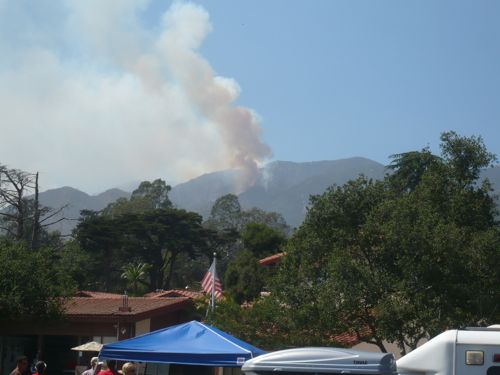 A view of the fire at dusk last night. 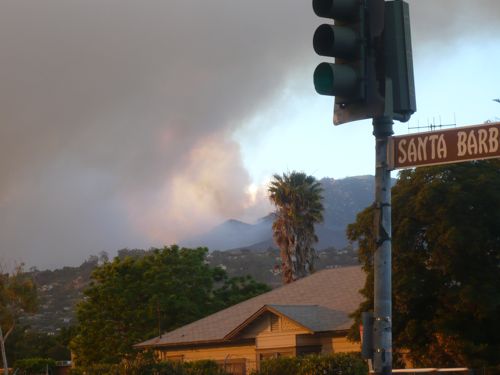