How the media disses low-carb diets I 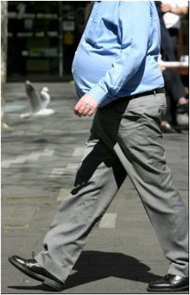 It should come as no surprise to anyone that the media in general dislike low-carb diets. They use a number of tricks to denigrate carbohydrate-restricted diets at every opportunity. I’m going to start a series of posts showing the different methods used by our friends in the press to downplay the efficacy of the diets that millions of people have found so effective.

One of the most common methods the media uses to disparage low-carb diets is to give any study that makes these diets look bad, no matter how suspect such a study might be, full coverage. We saw this in the mega coverage a few weeks ago of a poster presentation (not even an article in a peer-reviewed journal) allegedly showing that the Atkins diet causes vascular damage. I dissected this ‘study’ and the media coverage of it in a previous post. This method isn’t particularly subtle, so we’ll leave it because I want to deal with the sort of crafty, underhanded ways that the media work to bring about their ends.
Another way the media disses low-carb diets is to simply downplay them. Or even fail to mention them at all. In June 2001

Woman’s World did a cover story about Kathleen Hays the (at that time) CNBC financial commentator who is also a friend of mine. She worked out at Fred Hahn’s facility in New York and did Slow Burn strength training. She also followed the Protein Power diet. When approached by Woman’s World to do the story she told them that she had been following a low-carb diet along with her strength training. They told her they weren’t interested in her diet – they wanted to do an article on her method of exercise. And so they did. You can read the story by clicking the Woman’s World picture on Fred’s website. Not a mention of a low-carb diet. Anywhere. The implication is that she lost her 28 pounds by simply doing strength training.
Sometimes the media slips in the fact that a low-carb diet was part of an overall weight-loss plan, but then totally focuses on some other aspect of the regimen.
A reader this blog sent me a classic example of this method. He sent a link to a CNN story about a man who had ‘walked off’ a huge amount of weight, or at least that’s what the article wanted readers to believe. The headline in big bold print stated

WEIGHING NEARLY 400 POUNDS, MAN WALKS OFF HALF HIS WEIGHT

The article then goes on to describe the epiphany that Mr. Novak (the subject of this article) experienced. He was at a football game and went for refreshments. Upon returning to his seat, Mr. Novak

started getting winded. “I didn’t feel right, I started sweating. I didn’t think I would make it back up. My heart [was] beating a million times a minute; I thought I was having a heart attack.”
Novak stood against a cold wall for 20 minutes to catch his breath. Fortunately, he wasn’t having a heart attack but he was so frightened that thoughts of his family began to race through his mind.
“A lot of things went through my head, about saying goodbye to my kids,” says Novak choking back his tears. “I told my friend, ‘This is it, I’m not going to live like this no more.’ “

Like many people who undergo similar experiences, Mr. Novak decided to do something about his condition. He came up with his own game plan and got started.

He began simply by walking — one mile a day and eating a low-carbohydrate diet of 15-30 grams a day.

There it is. The only mention of a low-carb diet in the entire article. The rest of the piece discusses Mr. Novak’s walking regimen.

Now, it is admirable that Mr. Novak was able to continue his regimen, but it’s a little disingenuous to imply that he ‘walked’ off a 100 pounds in seven months. In fact, it’s not only disingenuous, it’s impossible. If we simply do the math, we find that the number of calories expended in walking an hour times 30 days per month times seven months gives us (and this is generous) about 42,000 kcal. If we divide the 42,000 kcal by the 3,500 kcal it takes to lose a pound of fat, we get 12 pounds. So, at best, Mr. Kovak’s walking an hour a day got rid of 12 pounds. What happened to the other 88 pounds? Could it be that the low-carb diet was responsible for that? I would think so. But did the low-carb diet get any credit? Nope. None.
Before you blame Mr. Novak for telling porkies, remember the story above about Kathleen Hays. She tried to tell them that she attributed most of her weight loss to the Protein Power diet, but they didn’t want to hear that. We don’t know what Mr. Novak said versus what the press reported.
In the video that accompanies the print article, the low-carb diet is mentioned exactly once, and is mentioned quickly. All the video is about his exercise regimen. Every shot almost shows some sort of exercise device or a clip of Mr. Novak exercising. Again, the media is in charge of editing the video footage. We haven’t a clue what Mr. Novak really told them.
When the great unwashed masses read this article or watch the accompanying video, they will finish with the idea firmly implanted that if they go out and walk an hour a day, they will lose 100 pounds in seven months. Nothing could be further from the truth. Maybe if they incorporate a 15-30 gram per day low-carb diet along with their walking, but not just by walking alone.
This is but one way the media have of downplaying low-carb diets. In posts to come, I’ll show some even more subtle ways that the folks in the press flim flam their audience. Just beware of what’s going on and don’t be taken in.
If you find ways in which the press is playing fast and loose with the facts on low-carb dieting, send them my way. I can always use bad examples.
(Hat tip to John for this one.)