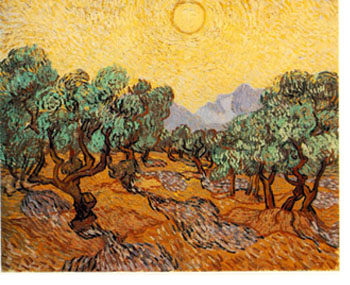 My last blog post reviewed a book by Dr. Michael Holick, one of the world’s experts on vitamin D, who recommends sensible sun exposure to experience the benefits of adequate vitamin D.  In that post I touched on the idiotic extremes the dermatology mainstream have adopted to discourage people from spending time in the sun.

It’s worse than I thought.

Not long after posting, I came across a McClatchy column in our local paper pushing the perspective of most dermatologists, a perspective that’s so unbelievable that it almost reaches comedic proportions. (Our local paper requires paid registration, so I’ve linked here to a paper that doesn’t.) The piece serves to show in spades the way dermatologists think (if that’s what you call it), and lets us know why their advice should be taken with a huge grain of salt.

The piece was written by a health writer, but her go-to experts were a couple of academic dermatologists:

As I started reading this article I was preparing myself for all the normal admonitions to slather with sunscreen, wear a big hat, avoid sun bathing, etc., but even I – who am used to reading idiocy in the press about things medical – was stunned at the levels of caution recommended by these brain-dead dermatologists.

Both of these doctors agree that everyone needs sun protection, and needs it apparently all the time. If you listened to them, you almost wouldn’t walk by an open window without using sunscreen first.

Even if you’re inside much of the day, you’re exposed walking to your car, into the grocery store or into work.

So, if you go to the mall, don’t forget your sunscreen for that long walk from the  car to the door.  And don’t forget to reapply before you walk back to the car if you happen to stay in there for a couple of hours.

But what about vitamin D?  A lowly SPF 8 reduces vitamin D synthesis by 90 percent, so your sunscreen-slathered walk from the car to the store gains you no vitamin D. Where should you get it?  Well, if you ask the question, the good doctors start finger wagging.

when you are exposed to sunlight, you make not only vitamin D but also at least five and up to ten additional photoproducts that you would never get from dietary sources.

What about these additional photoproducts?  I’m sure nature didn’t endow us with the ability to make them for no reason.  And you can’t get them from supplements, so where do you get them if you don’t get some sun exposure?  The answer is, you don’t.

Plus, vitamin D supplements are just that: supplements.  They supplement the vitamin D you make yourself – they don’t replace it.

If, God forbid, you actually do go out in the sun, the good doctors recommend a sunscreen with a SPF 30 if not higher.  And don’t just smear a little on, they recommend at least two ounces of the stuff (about a shot glass full).  Plus they want you to put it on at least 20 minutes before going outside and re-slather yourself with another shot glass of the stuff every two hours.

Just this week, New York Times health columnist Jane Brody jumps into the rolling river of mainstream dermatologic nonsense and is swept along to her own idiotic conclusions.  Her greatest fear is sun-exposure-driven skin cancer, not just premature aging and skin spots, although she does comment on those.  Using anecdotal information she would decry in others, she brings her own relatives in as examples.

My paternal grandmother, who lived a block from the beach in Brooklyn and swam daily in the years before sunscreens, had what we called “elephant skin” by her 50s.  But my 90-year-old Aunt Gert, who lives nearby and winters in Florida but never went to the beach or sat in the sun, has the skin of a 60-year old.

Well, I guess that settles that.  And I’ve got a great uncle, still going strong at age 87, who drank like a fish and smoked two packs a day for most of his adult like.  According to Jane’s logic, maybe we should adopt Unc’s lifestyle.

The real meat of Jane’s piece is that since the sun makes us feel better and look better (the vast majority of people surveyed say a tan is more aesthetically pleasing than fish-belly white), people are becoming addicted to the sun.  And, as with any addiction, sun addiction is tough to break.

Jane worries that sun addiction leads first to overexposure then to skin cancer.  She quotes the oft-cited statistic that this year will see

I think she’s overstating the case for these superficial skin cancers being “disfiguring.”  Most are basal cell or squamous cell skin cancers, which are virtually non-malignant and can be removed without leaving much – if any – evidence of their ever having been there. Both MD and I have had basal cell cancers removed from our foreheads in minor office procedures without any evidence they were ever there.

The 68,720 melanomas, which are malignant, are much more attention getting.  But, there is no evidence that excess sun exposure causes melanoma, while there is data showing that chronic sun exposure and vitamin D seem to prevent it.

Just for grins, let’s go along with Jane and assume that melanoma is caused by the sun.  If we go to the latest cancer statistics from the American Cancer Society (ACS), we find that 8,700 people died last year from melanoma.  We know that sun exposure and vitamin D (along with maybe the other 5-10 photoproducts we synthesize from sun exposure) help prevent breast, colon and prostate cancer.  If Jane is correct and we avoid the sun, we run less risk of being one of the 8,700 people who perish from melanoma. But what about the other side of the coin?

According to the same ACS statistics, last year 40,230 people died from breast cancer, 32,050 from prostate cancer and 51,370 from colon cancer. So, on the one hand, we have 8,700 people die of a disease that probably isn’t related to sun exposure while on the other we have 123,650 who died from cancers known to be related to lack of sun exposure.  I don’t know about you, but I’ll go with the sun exposure, “disfiguring” superficial skin cancers be damned.

Plus, we didn’t even mention the devastating disease multiple sclerosis, a disease much more common in those with little sun exposure.  There are between 250,000-350,000 new cases of MS diagnosed each year. I’ll be happy to accept the risk of a few minor cancers to significantly reduce my risk of developing MS.

The danger of too much sun is minimal – the danger of too little sun is enormous.  I know which side I come down on.  The health trade offs remind me of a corny joke I heard when I was a kid that made such an impact on me that I’ve remembered it since.  The joke (or parable) was about economic issues, but it applies to sun exposure as well.

Did you hear the one about the guy who took big steps to save his twenty dollar shoes and ripped his 50 dollar pants?

It’s just another way of saying don’t be penny-wise and pound foolish.  In terms of our current discussion, we could say, Don’t be skin-cancer-wise and colon-breast-prostate-foolish.  Which is exactly what the misguided perspective of most dermatologists would have us be.