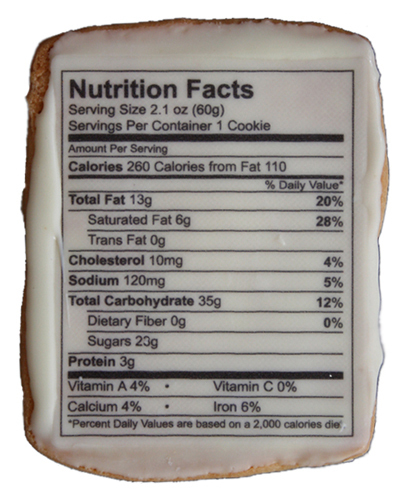 This is a real cookie with the nutritional facts printed in edible ink. Too bad all cookies aren’t like this one. If they were, I imagine most people might think twice about throwing them back by the handful. This particular one contains 35 grams of carb, which is the equivalent of almost a quarter of a cup of pure sugar. It makes my insulin skyrocket just looking at the picture.
Link (Hat tip: Boingboing.net)