Share0
Tweet0
Share0
A couple of years ago I got an email from a guy named Tom Naughton asking if he could come interview me for a movie he was making that was supposed to kind of be a counterpoint to Morgan Spurlock’s Super Size Me! I hadn’t seen Spurlock’s film at the time, but I knew enough about it that I was wary of anyone who wanted to make a film maybe showing fast food places in a positive light.  I wrote Tom back and suggested we talk.  Once he had me on the phone, Tom was able to make me realize that his film was not pro fast food, but was pro personal responsibility.  And that it was pro low-carb, since the diet he went on and lost weight on eating at nothing but fast food restaurants was a low-carb diet.
He came to visit with all his movie making paraphernalia and we set to the interview, which I wrote 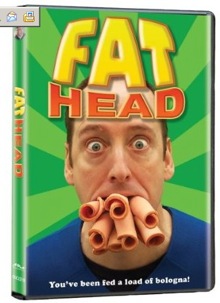 A:  Now it’s up to the distributors.  The U.S. distributor is getting the film into the big video stores and department stores, and it’s already selling on Amazon.  The international distributor is selling to the DVD and TV markets in a couple dozen countries.  It turned out the world-wide premiere was on a satellite network in Israel back in December.  I started getting all these emails from people in Israel, asking me questions about the film, or just wanting to know when they could buy it on DVD.
Q:  Any plans for a follow-up film, or a film on a different topic?
A:  I have some ideas for future projects, but no concrete plans yet.  I bankrolled Fat Head myself, so first I have to wait and see if it generates a healthy profit.  If it does, I’ll definitely make another film.  This project took an incredible amount of work, way more work than I thought it would be when I started it, but at the same time, it was a blast.  Other than being on stage doing standup comedy, this is about as much fun as I’ve ever had while working.
Thanks very much, Tom.
Tom has generously agreed to answer any questions any of you might have about his film, so fire away in the comments section, and I’ll get them to Tom.