We love Dry Farms Wines and we think you will, too. Here’s why… 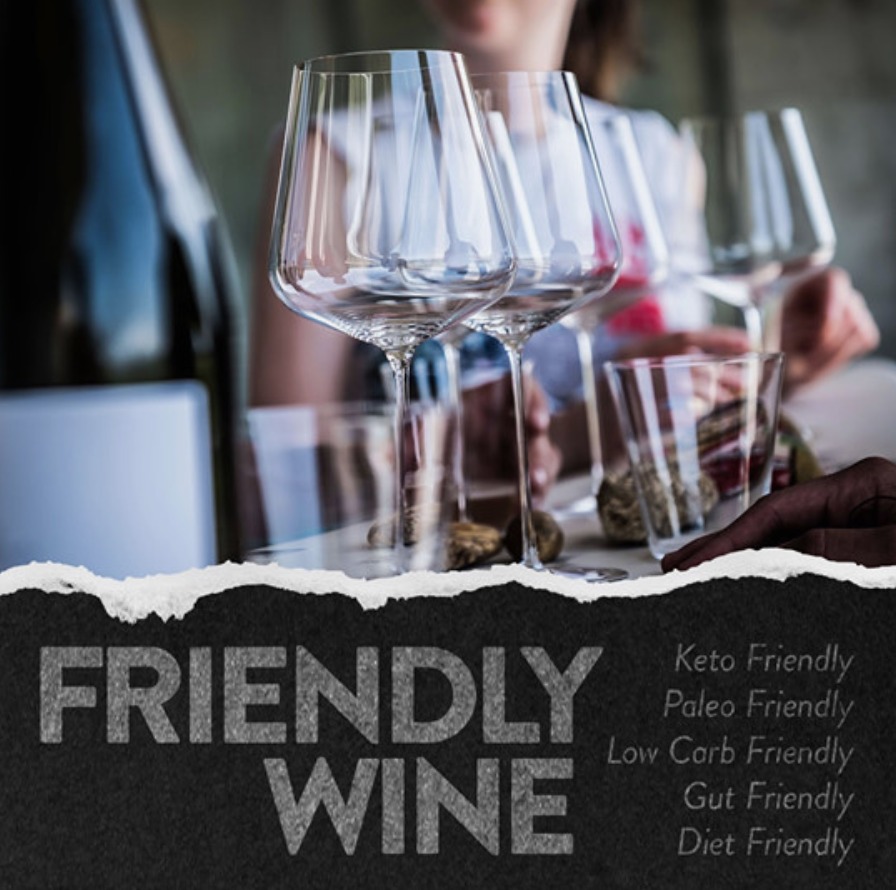 A friend of mine who is a radiologist and a sophisticated wine freak put me onto this company. MD and I love to have dinner with this guy and his wife (she’s a dermatologist) because a) they’re a two-doctor couple, and b) they always serve or bring (if they’re dining at Casa Eades) delicious wine. One day this guy tells me that although he still drinks high-dollar wine from time to time, he’s switched his daily wine to wines from a company called Dry Farm Wines.

I had never heard of the company and asked him about it and why the change. He said he had been having difficulty sleeping after drinking his expensive red wines, had developed a little skin splotchy-ness, and was feeling hung over the next day. He started doing a little online research and diagnosed himself with histamine overload. He started reading more about it and realize that wine, especially red wine, was loaded with histamine. So, he cut out the red wine and the symptoms went away. He could have his occasional bottle of the good stuff, but he quit drinking wine daily.

Then he discovered Dry Farm Wines, an importer of totally organic wines, low in sulfites, low in histamines, with no additives and, in many cases, a little lower in alcohol content. He told me these wines had changed his life. He could drink more wine than usual on a daily basis and have no reaction. He slept better and didn’t wake up with a hangover.

It got my attention because I, too, like to drink wine with dinner. And if we eat late or I have a little too much, I have sleeping difficulties and feel like crap the next day. I thought about what he said, but never progressed beyond that. Then at one of the low-carb conferences at which I spoke, there was a Dry Farm Wine booth. I sampled a glass, and it seemed okay. But wine drinking, for me, at least, is contextual. The guy at the booth told me how their wines didn’t knock people out of ketosis and didn’t run up blood sugar levels. And people didn’t feel like crap the next day. I guess I looked skeptical because he said, Here, take a whole bottle home and try it. Then let me know what you think.

This particular meeting was in San Diego, so I put the bottle in the car and MD and I drove back up to Santa Barbara. When we got there, I dropped the frigging bottle on the garage floor as we were unloading and shattered it.

About a month later, I went to a party a Mark Sisson’s house in Malibu. MD couldn’t go, so I took my son with me. He drove. When we got to Mark’s party, I found that he was serving Dry Farms Wines. My son doesn’t drink much, so I asked him if he would be careful, so that I could go face down in the wine. He agreed and I drank like a fish. I had vastly more wine than I’ve ever consumed in an evening. More by a longshot. And I never really felt drunk or even really tipsy.

I went home fearing the worst, but slept like a baby and felt fine the next day. Since then, MD and I have been Dry Farm Wine customers to the max. We’ve tested them while wearing continuous glucose monitors and checking our ketones. Nada. And no hangovers and no disturbed sleep.

The wines are a little pricey if you’re used to drinking $15 wines. But not $30 pricey. And the extra price is well worth it to us for the benefit obtained. The wines are sourced from all over the world and are really good. Every once in a while you get a clunker, but that’s in the mouth of the beholder. What I might think is a clunker, you might love, and vice verse.

The company says they’ll replace any wine you don’t like. I’ve never asked them to, but I’m sure they would if requested. I simply tell them I don’t want that wine again. If you find a wine you really love, as we have done with a couple of French ones, you can order it by the case until they run out.

Dry Farms Wine will give you a bottle for a penny if you go through this link. Give it a try. You’ll be glad you did. And your low-carb diet won’t be affected nor will your sleep. If you do try it, let me know what you think.