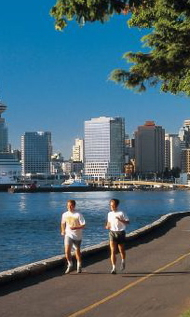 While catching up on my reading on the flight to Dallas I came across an article in the New York Times written by our old friend Gina Kolata. I read the piece and couldn’t believe it: I guess on occasion Gina has an outbreak of good sense. At least such appears the case with her discussion of calories and exercise.
She starts by describing a scenario I’ve witnessed myself all too often.

The Spinning class at our local gym was winding down. People were wiping off their bikes, gathering their towels and water bottles, and walking out the door when a woman shouted to the instructor, “How many calories did we burn?”
“About 900,” the instructor replied.
My husband and I rolled our eyes. We looked around the room. Most people had hardly broken a sweat. I did a quick calculation in my head.
We were cycling for 45 minutes. Suppose someone was running and that the rule of thumb, 100 calories a mile, was correct.
To burn 900 calories, we would have had to work as hard as someone who ran a five-minute mile for the entire distance of nine miles.

There is more confusion as to what constitutes a calorie spent in exercise than about almost anything else in the world of health. People constantly overestimate the number of calories expended in all kinds of activity. The biggest mistake they make (other than overestimating due to lack of knowledge) is to not subtract the number of calories spent in just sitting around doing nothing.
If I look up the number of calories expended in walking, for example, I find that if I walk for an hour at a moderate pace (4 miles per hour), I will burn off about 420 calories. (Click here for a pretty good calorie calculator.) I can find this figure in any number of published tables showing caloric expenditure as a function of activity. Problem is that these tables all include in the calories expended calculations the number of calories one would expend just sitting on one’s butt looking out the window. In other words of this 420 calories I would expend walking for an hour, I would burn about 100 of them simply snoozing. Which means, of course, that I only burn an additional 320 calories by walking a mile – not the 420 calories listed on the charts. And this extra 320 calories can be replaced easily with a little more than an ounce of nuts, which most people wouldn’t think twice about noshing on. That’s one of the reasons it’s so difficult to lose much weight with exercise – you just don’t burn that many calories. And those calories are easy to replace without even thinking.
Most people who exercise don’t burn as much as one walking at 4 miles per hour, which is a pretty good clip.

Claude Bouchard, an obesity and exercise researcher who directs the Pennington Biomedical Research Center in Baton Rouge, La., found that if, for example, the average number of calories burned with an exercise is 100, individuals will burn anywhere from 70 to 130 calories.

And remember, 100 calories can be replaced by a tablespoon of peanut butter. Or by going a little heavy on the olive oil in dressing your salad. These same people that Dr. Bouchard discusses will assume that they’ve burned 400-500 calories with fairly minimal exercise. Then they go off and chow down and wonder why they don’t lose weight.
Ms. Kolata has observed the same phenomenon:

My husband and I will never forget a mathematician at a meeting we attended when we were graduate students. He proudly announced that he could eat a piece of pie because he had just run a quarter-mile on the track. (At 100 calories a mile, he might have burned 25 calories running. A piece of pie could easily contain 400 calories.)
Dr. Bouchard said he regularly sees people at his gym who boast about fantastic numbers of calories they believe they burned. Usually, he just bites his tongue.
“I don’t want to discourage them,” he said.
Sometimes, though, with people he knows well, he tries to tell them that the counts are way too high, and why.
“They look at me in disbelief,” Dr. Bouchard said.

Don’t fall into this same trap. Exercise because it’s good for you: it builds muscle mass, it makes you stronger, it improves bone density, etc. But eat fewer carbs to lose weight.
As to Ms. Kolata’s outbreak of good sense…maybe it’s just the law of averages catching up with her. In no time she’ll be telling us we’re all overweight because we’re not active enough.