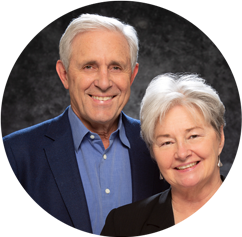 Drs. Michael and Mary Dan Eades are physicians and the authors of 14 books in the fields of health, nutrition, and exercise over the last several decades—among them the New York Times mega-bestseller Protein Power (1996 Bantam) and its follow-up The Protein Power LifePlan (2000 Warner Books) that laid out one of the first nutritional concepts of a paleo lifestyle.

Dr. Michael Eades was born in Springfield, Missouri and educated in Missouri, Michigan, and California. He received his undergraduate degree in engineering from California State Polytechnic University, and received his medical degree from the University of Arkansas. After completing his medical and post-graduate training, he and his wife, Mary Dan, founded Medi-Stat Medical Clinics, a chain of ambulatory out-patient family care clinics in central Arkansas.  Since 1986 Dr. Eades has been in the full time practice of bariatric, nutritional, and metabolic medicine.

The Drs. Eades became familiar to television viewing audiences from 1997 to 2005 because of a pair of highly successful infomercial shows—the first, based on their Protein Power nutritional strategy and the second on a nutritional supplement they developed for weight loss, called Metabosol—and as the on-camera hosts of a 26-episode PBS television cooking show, Low Carb CookwoRx, which they developed and co-wrote.

The Drs. Eades have been guest nutritional experts on hundreds of radio and television shows across the country, including national segments on FOX, NBC, ABC, CBS, CNN, and MSNBC. They continue to speak at medical and scientific conferences, to the general public, and to various lay organizations on the connection of diet and health, exercise, and the benefits of the low-carb and paleo diet. They are currently working on their fifteenth book, Protein Power 2.0, slated for publication in 2020.

The Drs. Eades have three sons and four grandchildren, and currently write, lecture, and pursue research into metabolic and nutritional medicine.