A cure for the common cold?

We’ve all experienced the sore, scratchy throat, the non-stop running nose, the malignant sneezing, the headache and general malaise brought on by the good old common cold. And we’ve all heard that it can’t be cured. But that doesn’t stop us from sucking on zinc lozenges, throwing back vitamin C tablets, chugging echinacea tea and gobbling all manner of over-the-counter medications.
Problem is that none of these things really work. There are a lot of anecdotal reports about all the above ‘treatments’ working to reduce the severity and duration of a cold, but when tested under the same stringent double-blind, placebo-controlled methods used to vet drugs, they fall short. Most don’t work any better than placebo. And, alas, a trip to your local doctor won’t help you much either because the common cold is caused by a virus, and as we all know, there aren’t really any medications including antibiotics that kill viruses. So we are left in despair to wait it out until our own immune system rallies and overcomes the evil virus causing our misery.
But there is a product on the shelves of most health food stores and natural food groceries that really does work. However, most people don’t know about it, and when they do see it mixed in with all the other cold medicines, they don’t know how different it really is. 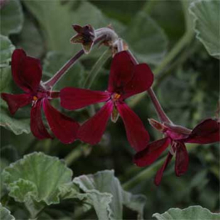 The product is umckaloabo, an extract from the African plant Pelargonium sidoides. The P sidoides extract is used extensively in Europe, especially in Germany, to treat colds and other respiratory illnesses. And the product is not used on a wing and a prayer like our OTC remedies are, it is used based on sound science. There have been multiple double-blind, placebo-controlled studies showing that umckaloabo works significantly better than placebo to treat bronchitis. (1-3) P. Sidoides works in several ways to restore health: it has some direct antibacterial and antiviral activity, but it works primarily by increasing the activity of the immune system and by releasing interferon, a potent antiviral substance.(4)
Since there has been so much scientific data showing the efficacy of the P sidoides extract in treating bronchitis, a group of researchers in Ukraine decided to test it to see if it would reduce the duration and severity of the common cold. A multicenter, prospective, double-blind, placebo-controlled, randomized trial was designed and 207 patients recruited. All patients were tested for strep to ensure that their symptoms didn’t have a bacterial cause.
The primary endpoint of the study was the reduction in severity as measured by the Cold Intensity Score (CIS), which is a scale derived from the sum of scores for 10 cold-related symptoms: sore throat, nasal drainage, nasal congestion, scratchy throat, sneezing, cough, headache, muscle aches, hoarseness and fever. At the start of the study the CIS was the same in both the treatment and placebo groups. After fie days the CIS had decreased by 10.4 in the treatment group and only 5.6 in the placebo group.
A secondary endpoint of the trial was the duration of symptoms. The number of patients cured (a CIS less than or equal to 1) by day 10 was 78.8 percent in the treatment group as compared to 31.4 percent in the placebo group. Days absent from work were less in the placebo group as were the number of days with less than 100 percent usual activity level.
In scientific terms from the abstract:

From baseline to day five, the mean SSID improved by 14.6 ± 5.3 points in the EPs group compared with 7.6 ± 7.5 points in the placebo group. This difference was statistically significant (P < .0001). The mean CIS decreased by 10.4 ± 3.0 points and 5.6 ± 4.3 points in EPs and placebo-treated patients, respectively. After 10 days, 78.8% versus 31.4% in the EPs versus placebo group were clinically cured (CIS equals zero points or complete resolution of all but a maximum of one cold symptom; P < .0001). The mean duration of inability to work was significantly lower in the EPs treatment group (6.9 ± 1.8 days) than in the placebo group (8.2 ± 2.1 days; P = .0003). Treatment outcome (rates of complete recovery or major improvement from disease [integrative medicine outcomes scale]) was assessed better in the EPs treatment group than in the placebo group by both the investigator and the patient on day five (P < .0001). Adverse events occurred in three of 103 patients (2.9%), with two of 52 (3.8%) and one of 51 (2.0%) patients in the EPs and placebo group, respectively. All adverse events were assessed as nonserious. At the end of treatment, all patients (100%) in the active treatment group judged the subjective tolerability of EPs as good or very good.

A couple of caveats. First, this is only one study. But it is a good one using the gold-standard methodology of drug testing. But even one positive study is more than exists for most of the OTC cold remedies. And there are multiple good studies showing P. sidiodes efficacy in the treatment of bronchitis, most of which is viral, so there is some corroboration for its efficacy in viral treatment. Second, the patients in this study were all started on P. sidoides extract within 48 hours of the start of their symptoms. All bets are off if you don’t start taking it until four or five days into your cold.
Why the bizarre name umckaloabo? Supposedly it is a combination of terms derived from the Zulu words for the symptoms of lung disease and breast pain. Click here (then click on page 790-792) to read the full text of the strange story of the discovery of umckaloabo, which was first used to treat tuberculosis. You will notice that the turn-of-the-20th-century Brits were about as open minded concerning herbal treatments as is the mainstream today.
If you live in Europe, you’re probably already familiar with this product. If not, it is marketed there as Umckaloabo by ISO-Arzneimittel. There are a couple of sources in the United States. Nature’s Way sells several preparations under the name Umcka ColdCare, which is found in most health food stores and natural groceries. Umcka ColdCare comes in a syrup form and in a powder that makes a hot drink. 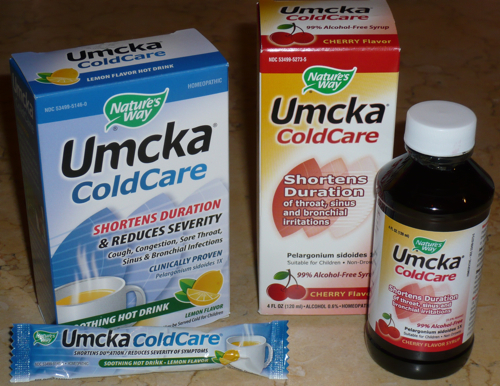 Another distributor is African Red Tea, which sells a syrup. (Disclosure: I have no financial interest or affiliation with either of these companies.)
In my opinion, the best way to prevent colds is to maintain good health and an adequate level of vitamin D throughout the year. That’s what I try to do. But if I succumb, I make a run for the umckaloabo.